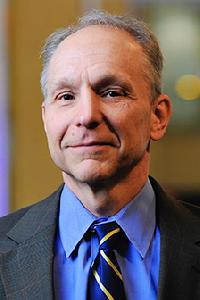 John Belcik, CPA, is the Chief Operating Officer and Chief Financial Officer of the International Code Council. He has served as CFO since 2009 and as COO since 2012. Belcik is responsible for the Code Council's daily operations as well as for planning and managing the organization's finances.As COO and CFO based at the Code Council's Central District Office in Country Club Hills, Ill., Belcik's responsibilities extend from finance, budgets, accounting, and treasury to human resources, information technology, and meeting and travel services.Prior to his work with the Code Council, Belcik served as CFO of the Illinois Metropolitan Pier and Exposition Authority for four years. He was a member of the management team at Wilson Sporting Goods for twenty years, serving in various roles of increasing responsibility culminating in his position as Vice President of Finance. He also served as the staff auditor for Arthur Andersen & Co. for five years.Belcik earned his Bachelor of Science in Accounting from DePaul University and an MBA from the University of Notre Dame Mendoza College of Business. From 2007 to 2012, he served as an adjunct professor at DePaul University Charles H. Kellstadt Graduate School of Business. He resides in Palos Heights, Illinois.