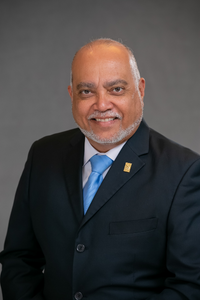 José Roig has been a public servant for the City of Austin Texas since 2007. He has been serving as the Director for the Austin Code Department since November of 2020 after serving as the Interim Director since January of 2020. Prior to his current role, Roig was appointed to serve within the Austin Code Department as the Assistant Director over Field Enforcement, and within the Development Services Department as a Building Official, Building Inspections Division Manager, Inspections Supervisor and Commercial Inspector.

Roig currently holds several certifications from the Code Council, including Certified Building Official, Commercial and Residential Building Inspector, Commercial and Residential Energy Inspector, and Property Maintenance and Housing Inspector. He is also CompTIA Project+ certified and a Licensed Texas Code Enforcement Officer. He holds a Bachelor of Science Degree in Business Management and a Master of Science in Management and Leadership from Western Governors University, in addition to an Associate Degree of Applied Science in Fire Science from Kaplan University.