Chief Metz is a Battalion Chief/Fire Marshal serving the City of Carlsbad in San Diego County (CA).  He has 30 years of fire service experience with concentrations in fire prevention and fire administration.  He has established himself as an industry leader nationally, while promoting through the ranks of the Southern California fire service.

He has served departments that range from small bedroom communities to large metro-sized county agencies.  He has been an active member of the national code development process for 20 years, and has served on numerous committees at the national and state level representing fire and building officials.

Chief Metz holds a Master of Public Administration Degree, as well as degrees in management and fire technology.  He has been credentialed by the Center for Public Safety Excellence as a Chief Fire Officer (CFO) and Fire Marshal (FM), and he also serves as a Peer Assessor for CFAI.  He is a 2018 graduate of the National Fire Academy’s prestigious Executive Fire Officer Program (EFO).   He has been a registered instructor through CA State Fire Training for 17 years, and has been part of the curriculum development cadre for the State Fire Marshal’s Office since 2010.  He currenetly teaches the Certified Fire Marshal curriculum for the state.

Chief Metz is a Past President of the California Fire Chiefs’ Association, FPO Section – South, and currently serves as Chair of the Legislation Committee. He has also served as Past President of both the Orange County and San Diego County Fire Prevention Officers sections. In 2017, he was elected as President of ICC’s Region I Chapter, representing the states of California, Nevada & Hawaii.

Chief Metz was the 2016 recipient of the Fire Official of the Year Award, presented by the California Building Officials Association, and the 2018 recipient of the William E. Fox Award, presented by the California Fire Chiefs Association Fire Prevention Officers Section. He currently serves on the Board of Directors of the International Code Council and is the past Chair of the ICC’s Fire Service Membership Council, as well as a past member the International Fire Code Development Committee. 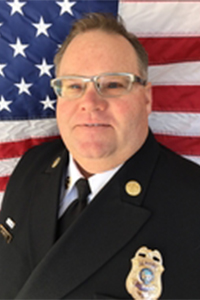