I believe that the Section A Director has the opportunity to help local jurisdictions benefit not only through the development of effective model codes, but also through regional collaboration with building officials, fire officials, architects, engineers and designers. 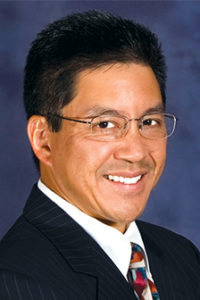 If you’re trying to catch Stuart Tom at work, you had better do it before lunch … or after. You won’t have much luck during lunchtime unless you are a runner.

“I make it a point to run a 10K every day at lunchtime,” said Tom, Plan Check Coordinator for the City of Burbank, Calif., and Section A Director on the International Code Council Board. “It gets my blood flowing and keeps my head clear the rest of the afternoon.”

I believe that the Section A Director has the opportunity to help local jurisdictions benefit not only through the development of effective model codes, but also through regional collaboration with building officials, fire officials, architects, engineers and designers. Section A includes the states of Alaska, California, Hawaii, Nevada, Oregon, and Washington; and the Canadian province of British Columbia.

As a Board Director, Tom continues his commitment to service and leadership. He is a registered engineer in the states of Washington and California, holds a host of professional certifications, and is active in the development of fire and life safety codes and standards at the national and state level.

As a recognized expert in various fields of structural design and life-safety systems, he has received several other awards, including the CALBO President’s Award in 2010. He was inducted as a Fellow into the Institute for the Advancement of Engineering in 2001. He has taught numerous courses throughout California and authored a self-study training program, which assisted in California’s transition to the International Building Code. He is a recognized expert in various aspects of the California Building Code.

So it may have surprised some that he became the Fire Marshal in Glendale in 2013, following nearly 30 years as a Building Official, including 15 years as Glendale’s Building Official/Superintendent of Buildings. But Tom said the move was a natural progression not only career-wise, but practically in the trade.

“Building Officials make sure the structures they are working on are safe from the plan stage through construction,” he said. “Fire Inspectors make sure they are safe to live and work in, through annual inspections. Since I have worked in both now, I can see where the two meet: building as safely and economically as possible for the builders, the occupants and the community. ”

Tom said the dual experience helps him handle situations diplomatically. Chances are he worked on many of the buildings he now oversees as Fire Marshal. He expects that duality of knowledge to help him as a Code Council Director as well. In fact, several leaders in fire safety suggested he broaden his involvement to the national level by running for the ICC Board.

“It’s great to have their support,” he said. “Now, I can work for ICC on a national level. ”

Tom grew up in Northern California, the son of a chemical analyst. Initially, he thought about following in his father’s path, but an old interest turned him a different way.

“I just always liked to build things,” he said. “My parents have a lot of stories about me always building something. Then, as I got older, I learned there are ways to make sure things are built right. I could help make sure buildings in my community were built safely for a long time. ”

He said his first 14 years in the business with the city of Los Angeles was an outstanding baptism into the code world. He worked in various capacities from small homes, to commercial and industrial, to high-rise buildings.

He grew even more there as Building Official/Superintendent of Buildings, responsible for the oversight of engineering, inspection and administrative activities for Glendale, the third largest city within Los Angeles County. Now as Fire Marshal, he oversees the regular inspections to make sure those buildings continue to be safe.

To no one’s surprise, Tom is a triathlete who enjoys open water swimming, cycling and running. He is married and has two adult children living in New York and Michigan.

As a Board Director, Tom likely will have the opportunity to go for a run while visiting jurisdictions in Section A. If you want to join him, he’d enjoy the company.

“Now and then I’ll get a co-worker to run with me at lunch,” he said. “It’s a great way to unwind and stay fresh.”