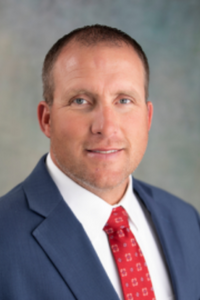 As an International Code Council Board Member, Thomas Peterson – Utah’s State Building Official in the Division of Facilities Construction and Management – believes it is crucial to pay it forward, not only for the individual’s growth, but for that of an industry seeing many of its officials and inspectors retiring soon.

Peterson got started in the business “as a fluke.” After graduating from Box Elder High School, he spent two years in Cape Town, South Africa, where he served on a religious mission for the LDS Church. Then, not sure what he wanted to do when he returned home, Peterson accompanied a friend to a job interview for an entry-level electrician.

In 2005, Peterson set on an eight-year path as Combination Inspector for Brigham City Corp. There, he provided plan reviews and conducted on-site inspections of commercial, residential and industrial buildings to verify building code compliance. He had the chance to work with the public, helping them with their building code questions and concerns.

Peterson was quick to join the local ICC Chapter in his area where he was later installed as President of the Code Council’s Utah Chapter.

Before taking the job as Utah’s Assistant Building Office late in 2015, Peterson served as Chief Building Official for Box Elder County, where he managed the inspection department, and performed inspections and plan reviews.