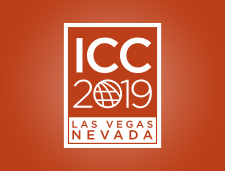 Mike Murphy, an industry leader in law enforcement and public service whose presentation addressed the demands of ensuring public safety.

The Code Council voting system uses proven and advanced technology to engage our members in the voting and code development process. 2019 Enhancements include:

At the 2019 Members Luncheon, we showcased four members who embodied the true spirit of the Code Council.

Andre Jaen, Colorado Chapter, Jefferson County, Colorado “The Board Shadow program has been an incredible journey, which started out with a bunch of folks I didn’t know in somewhat of an intimidating environment. Since then, I can say that the folks that I started the Shadow Program with are some of my closest colleagues and friends. They truly are my ICC family.”

Jim Straw, Wabash, Indiana “I’ve always believed that you get as much out of your association as you’re willing to put into it. If you are not willing to go to training classes or participate in the process, then I’m not sure what your involvement is ever going to be.”

Devon Kuhnle, Central Coast Chapter, California “I didn’t realize that I would love doing this as much as I do...I’ve met really good people that have supported and mentored me, and have told me that it doesn’t matter that I don’t come from a construction background -- all you have to be is willing to learn.”

David Price, North Alabama Code Officials “My philosophy on leadership is to lead by example. This means, not necessarily telling people what I do, but by actually providing leadership for the members. It’s not a spoken thing, it’s more about action.”