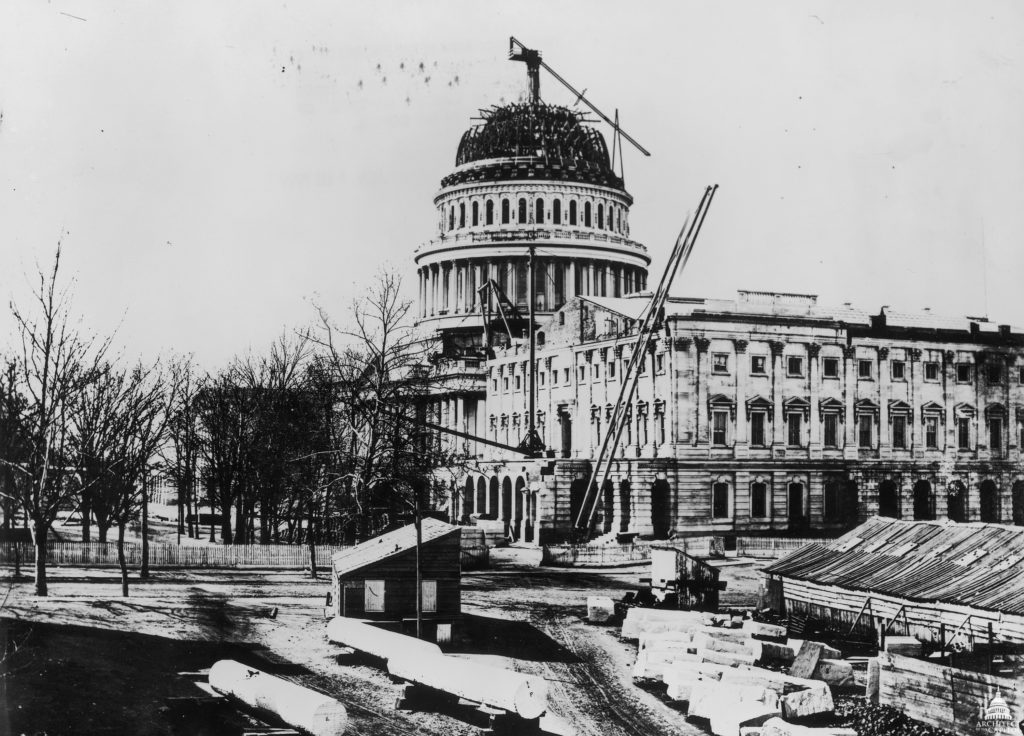 February marks Black History Month, an annual celebration of achievements by African-American men and women who have made significant contributions to America and the rest of the world in the fields of science, politics, law, sports, the arts, entertainment, and many other fields, including construction, architecture and engineering.

This year marks the sesquicentennial anniversary of the 15th Amendment to the U.S. Constitution granting African-American men the right to vote after the Civil War. “African Americans and the Vote,” the theme of this year’s Black History Month, recognizes the struggle for voting rights among black Americans throughout U.S. history.

This theme has a rich and long history. In the era of the early republic, before the Civil War, black men petitioned their legislatures and the U.S. Congress, seeking to be recognized as voters. These petitions — dating to the colonial period — are preserved in national archives around the nation and provide a fascinating window into the past and a link to our own times, identifying issues that became central to the modern civil rights movement. It is one of those serendipitous twists of history that African-Americans worked to help construct the very building that would one day see the legislation passed allowing them to vote.

Known as the seat of the “legislative branch” of the U.S. federal government — where the Senate and the House of Representatives come together to discuss, debate and deliberate national policy, develop consensus and craft the country’s laws — the U.S. Capitol Building is the home of the U.S. Congress and is among the most architecturally impressive and symbolically important buildings in the world. It has been built, burnt, rebuilt, extended and restored. The Capitol Building is located at the eastern end of the National Mall on a plateau 88 feet above the level of the Potomac River, commanding a westward view across the U.S. Capitol Reflecting Pool to the Washington Monument and the Lincoln Memorial. It covers well over 1.5 million square feet, has more than 600 rooms and miles of corridors. It is crowned by a magnificent white dome that overlooks the city of Washington and has housed the meeting chambers of Congress for more than two centuries. Today, it stands as a monument not only to its builders but also to the American people and their government. 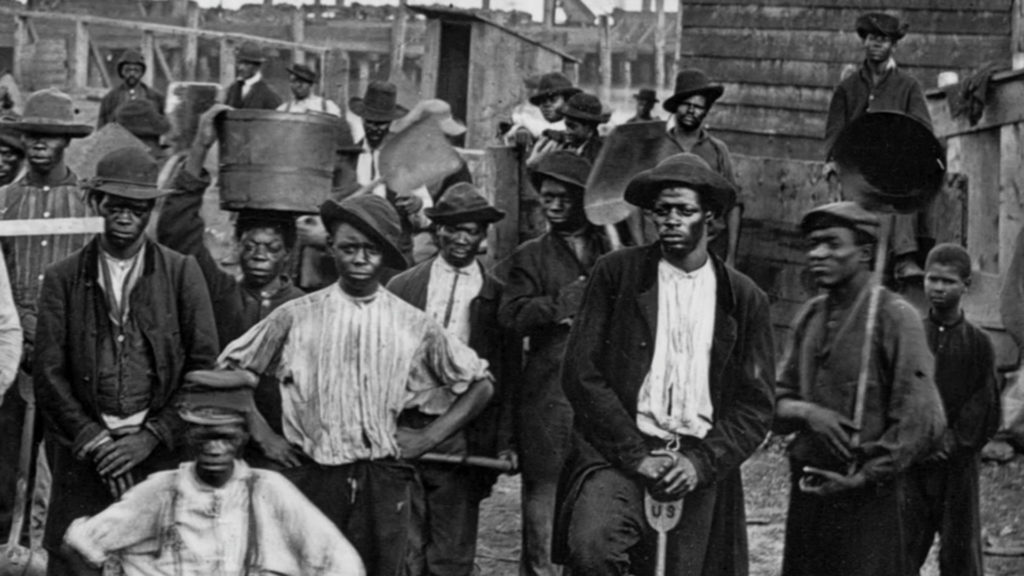 When construction of the U.S. Capitol Building began in 1793, Washington, D.C., was a rural landscape with dirt roads and a small number of boarding houses. The site of the new capital city was located in an area that had few tradesmen necessary to construct such a project. Skilled labor was hard to find or attract to the fledgling city. Engineers and architects were brought in from other areas, but the majority of the work fell upon the laborers in the area, who were comprised mostly of African-American enslaved laborers, who were rented from their owners, were involved in almost every stage of construction and made significant contributions.

These workers brought highly specialized skills in carpentry, bricklaying, ironworking, stone cutting and other trade skills. Laborers quarried the stone used for the floors, walls and columns of the Capitol, sawed both wood and stone, and became skilled in brick-making and laying. Carpentry was also one of the more significant contributions slaves made to the construction of the Capitol as they framed the roof and installed its shingle covering. The federal government relied heavily on the enslaved labor to ensure the new capital city would be ready to receive Congress when it moved to Washington from Philadelphia in 1800.

One of the most significant contributions by an African-American to the Capitol’s construction was made by Philip Reid, who deciphered the puzzle of how to separate the five-piece plaster model of the Statue of Freedom. Reid was an enslaved laborer in the foundry run by the self-taught sculptor Clark Mills, who cast Thomas Crawford’s Statue of Freedom for the top of the Capitol’s new dome. The only known slave working on the Statue of Freedom, Reid figured out that by using a pulley and tackle to pull up on the lifting ring at the top of the model the seams between the sections would be revealed. The statue was successfully separated into its five sections and transported to the foundry. On April 16, 1862, Reid received his freedom when President Abraham Lincoln signed the Compensated Emancipation Act that released certain persons held to service or labor in the District of Columbia — Reid was a free man when the last piece of the Statue of Freedom that he worked on was put into place atop the Capitol Dome on Dec. 2, 1863. Today, he and countless others are recognized for the role they played in building this monumental and historic symbol of democracy. 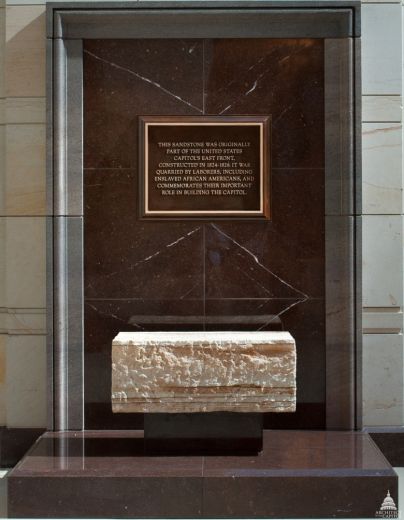 Although the entire contribution of enslaved African-Americans in the construction of the Capitol Building cannot be determined due the scarcity of documentation, there is enough information to know that the role they played had a significant impact on the project. To commemorate the role that slave labor played in the construction of the Capitol Building, House Concurrent Resolution 135 was passed by Congress directing the Architect of the Capitol to design, procure and install a slave labor marker in a prominent location in Emancipation Hall. The design and location incorporated the recommendations developed by the Congressional Slave Labor Task Force Working Group. Congress unveiled the marker on Feb. 28, 2012, to commemorate the important role played by laborers, including enslaved African-Americans, in building the United States Capitol.

The marker features a single block of Aquia Creek sandstone, which was originally part of the Capitol’s East Front Portico, on a platform of Cedar Tavernalle marble. A bronze plaque is centered on the presentation wall, with an inscription approved by Congress, acknowledging the efforts of all who worked on the Capitol Building. The inscription reads:

THIS SANDSTONE WAS ORIGINALLY PART OF THE UNITED STATES CAPITOL’S EAST FRONT, CONSTRUCTED IN 18-24-1826. IT WAS QUARRIED BY LABORERS, INCLUDING ENSLAVED AFRICAN AMERICANS, AND COMMEMORATES THEIR IMPORTANT ROLE IN BUILDING THE CAPITOL.