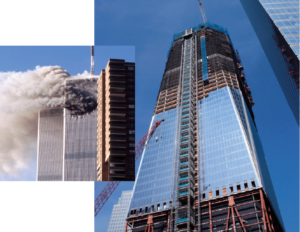 The changes adopted into the International Code Council (ICC) codes during the last two cycles represent an important recognition that our building designs and technology need to evolve to meet the needs of our society in response to a changing world. I am pleased to have this opportunity to identify the role of the ICC Code Technology Committee (CTC) in this process.

The ICC Code Technology Committee was established by the Code Council’s Board of Directors in 2004 to evaluate and incorporate new technology and concepts into the I-Codes that pertain to topics assigned by the Board, to identify and make recommendations for conflicts among the I-Codes and standards and, where such conflicts cannot be resolved, to make proposals for new changes as may be necessary.

The format of CTC meetings and public hearings is such that there is essentially no limit on the format or time afforded for presentations and discussion on technical topics. Accordingly, the CTC format allows an in-depth review of the most complex matters before reaching conclusions and developing code changes.

The ICC Board of Directors asked the CTC to work together with the Ad Hoc Committee on Terrorism-Resistant Buildings (TRB) to review the supporting information in the National Institute of Standards and Technology (NIST) report to determine the applicability of the recommendations to the I-Codes. The CTC mantra since its inception is that major changes to the I-Codes should be based upon technical substantiation whenever possible- “technology” being the CTC’s middle name. It was important for Members of the CTC to know that each of the proposed changes was technically based, would provide a clear benefit in making buildings safer for a future event and would do so with a reasonable balance between risk and cost.

All participants agreed that, clearly, no specific change and no amount of cost would provide absolute safety for a future undefined event. As with previous tragedies, the mitigation feature adopted into the codes represent a reasonable balance between risk and cost. For example, should one particular provision be adopted for all highrise buildings- a broad category- or should it be limited to the truly “super-tall” or iconic buildings? And, what is an iconic building? The outcome of risk analysis of building codes if difficult to quantify and reduce to code language. In any case, one of the most important outcomes of the WTC tragedy and resulting NIST investigation was the comprehensive review of building design by the TRB and the thorough discussion of the various proposals to improve the level of safety for building occupants and emergency responders.

The following is a summary of some of the issues resulting from the CTC’s review of World Trade Center-related code changes, some of which were adopted into the I-Codes and some of which are not.

The group proposed a number of change related to structural provisions. These topics included more specific provisions for progressive collapse, wind tunnel testing and sway criteria. Despite several attempts to pass these code changes in the International Building Code (IBC), the proposals failed. The consensus of voting Membership is that these changes should be made to the structural standards, such as ASCE 7. Structural engineering professionals continue to consider those topics.

The Members did adopt a structural-related provision, requiring a minimum of 30 feet, or one-fourth, of the building diagonal distance as the separation between required exit enclosures. This would lessen the likelihood that a single event will compromise both exit enclosure.

The IBC now includes criteria for spray applies fire resistive materials (SFRM). The provisions are more rigorous than in previous editions. They call for an increased amount to test sampling to be performed at the time of construction. In addition, the bond strength of the material is to be increase as the height of the building is increased- the taller the building, the greater the bond strength. Bond strength is a measure of the ability of the spray fire proofing to resist pulling away from the steel substrate and is determined based upon a standard test procedure (ASTM E736). The higher the bong strength, the lower the change for adhesive failure. This performance would be important if the fireproofing material was subjected to an impact or the force form an explosion, for example.

The IBC previously required a bond strength of 150 psf. This value was to remain for low-rise buildings, but was to be increased to 430 psf for buildings up to 420 feet in height, and 1,000 psf for taller buildings. The CTC did not support the portion of the code changed related the proposed higher bond strengths because CTC believed it lacked technical substantiation; the proposed bond strength value could not be correlated to a design-basis event. Nevertheless, this change was adopted into the 2007 IBC amendments.

Perhaps the most controversial provision resulting from the NIST changes is the requirement for the minimum third exit stairway in buildings taller than 420 feet tall. This was presented as necessary for reliability of the means of egress and also to compensate for the expected counterflow of personnel in stairwells: egressing occupants vs. entering emergency responders. Again, the CTC asked for documentation of this proposal, seeking studies of egress flow under full building evacuation mode, as well as studies addressing reliability of stairway enclosures under reasonable scenarios. That information was not available.

The CTC heard testimony from members of the design community who work on super-tall buildings. They criticized the proposal for a third exit stairway as unnecessary and impractical, particularly as many tall buildings have smaller floor areas as the building get taller, e.g., the Willis (Sears) Tower and the Burj Khalifa.

The CTC did support, and the Membership approved, a provision allowing the third stairway to be eliminated if an occupant egress elevator is installed.

The CTC spent considerable time researching the technology needed to provide a reliable, safe means of allowing elevators for occupants in tall buildings and then developing the code language, which was adopted into the 2013 edition of the IBC. While this remains a voluntary provision, CTC believes it provides a viable solution to moving both able-bodies and disabled persons in buildings of all heights- not just the super-tall buildings- and will enjoy greater usage in buildings once the design community recognizes this technology. The technology also provides a reliable method of providing full building evacuation of buildings of all heights in less than 60 minutes.

Following the 1993 bombing of the World Trade Center, building management installed self-luminous exit signage and exit path marking, which would be visible during a complete power outage. According to accounts of people who successfully exited WTC on 9/11, the improved signage provided a definite benefit in aiding people out of the building. The proposal requires a continuous path marking within the stairway enclosures to aid occupants in traversing the stairs and reaching the exit discharge. This requirement was deemed so important that it also applies to existing buildings.

The CTC questioned whether the marking should apply to all highrise buildings (buildings over 75 feet) but ICC Members determined that the relatively small cost of providing this exit path marking in new and existing highrise buildings was appropriate for the risk.

The TRB proposed a number of changes, supported by the CTC, intended to improve the level of reliability of fire protection systems. Specifically, independent supply risers and risers arranged to supply alternation floors now are requires for sprinkler and standpipe systems in buildings taller than 420 feet.

There has been some criticism that the process of adopting the changes into the I-Codes has taken too long. We were careful in our work to evaluate the issues and the technology, and to allow full participation by the stakeholders. The changes adopted into the last several cycles of the IBC as a result of the work of the TRB and the CTC should not be considered as a simple reaction to the events of 9/11, as others have criticized. Changes proposed by others, many of which were supported by the CTC, also were adopted- all with the goal of improving the safety of buildings.

Yet we expect further evolution in these provisions as our technology and our analytical means advance. While no code can assure our society’s safety from such acts, our efforts- together with the efforts of others in our government- provide a higher degree protection than buildings of the earlier generation. We owe that to our fellow citizens.

Carl F. Baldassarra, P.E., FSFPE, currently serves as Chair of of the ICC Code Technology Committee, recently succeeding Paul K. Heilstedt, PE., Hon AIA. He has been a Member of the CTC since its inception in 2004, Baldassarra also is Executive Vice President with Rolf Jensen $ Associates, a fire protection engineering and security consulting firm. He has a B.S. degree in fire protection engineering and is a Fellow in the Society of Fire Protection Engineers, in which he currently serves as a Vice President and member of its Board of Directors.