Hurricanes. Wildfires. Earthquakes. Tornados. Floods. The number and severity of natural disasters affecting our communities continues to increase each year. In 2017, between Hurricanes Harvey, Irma and Maria and the California wildfires, the loss of life was significant and damages exceeded $300 billion. And today, the images and stories coming out of North and South Carolina after Florence show the power of nature and the scale of the devastation. The road to recovery will be long and slow for many.

A solution is already available. Reports from Texas and Florida show that buildings built to the latest International Building Code fared far better than those built to outdated codes. Families in those houses were back in their homes faster and businesses were back up and running sooner after the disasters. Those findings aren’t surprising. Study after study confirms that adopting and effectively implementing current model building codes is one of the nation’s best defenses against hurricanes, tornadoes, earthquakes, flooding and other natural disasters and is a reasonable way to protect what for many is their most important investment – their home or business. A Federal Emergency Management Agency (FEMA) analysis from 2014 estimated approximately $500 million in annualized losses avoided in eight southeastern states due to the adoption of modern building codes. And, in the ten years following Florida’s adoption of a statewide building code based on the International Codes, there was a reduction in actual windstorm losses by as much as 72%, producing $6 in reduced loss to $1 of added cost.

The International Codes (I-Codes), a family of modern, coordinated and comprehensive building codes used in all 50 states, by the federal government, and in many other countries, are updated every three years and take into account the latest technology and advancements in building science. The I-Codes are continually improving to incorporate lessons learned from recent disasters. Our consensus-based code development process is open, transparent and inclusive. All stakeholders are welcome and encouraged to participate to assure the right balance is struck between safety, affordability and marketability. The most cost-effective way for communities to ensure their buildings are safe and resilient is by adopting the incremental improvements made to the I-Codes on a regular basis.

Yet for all the progress that has been made since Hurricane Andrew in 1992, one of the strongest storms to ever hit the U.S., many jurisdictions are still applying outdated codes or do not enforce a building code at all. In states where I-Codes adoption and enforcement is performed at the local level, 16% of the population lives in communities with codes that are at least 9 years old and at least 2 million people live in communities with codes that are at least 15 years old. Eight states with statewide code requirements are on building codes that are 9 or more years old. These states cover nearly a quarter of the U.S. population. Lack of resources is the primary reason communities do not update their codes to more recent editions or enforce the codes they have in place. The Code Council has heard this directly from communities, states and territories.

As we work together to help our neighbors in the Carolinas recover from this latest tragedy, we need to also prepare for the future. To better protect our families and local businesses from the next disaster, Congress needs to pass the DRRA now. Learn more about how you can help today at https://drra.buildstrongamerica.com. 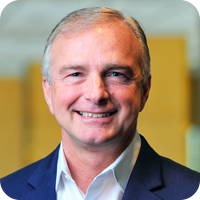 Dominic Sims, CBO, is the chief executive officer of the International Code Council. He was appointed to the position in 2012. As CEO, Sims is responsible for the overall activities and financial performance of the association, including its six subsidiaries. During his 15-year tenure, Sims has also served the Code Council as Chief Operating Officer and Senior Vice President. He has served on and/or chaired numerous national committees and task forces across a span of topics, including code development, government affairs and resiliency. Prior to his work with the Code Council, Sims served as the CEO of the Southern Building Code Congress International (SBCCI) and guided its consolidation between regional code organizations that formed the Code Council in 2003. Sims has served on the boards of SBCCI, the Federal Alliance for Safe Homes (FLASH) and several other professional associations. Before joining SBCCI, he was Executive Director of the Palm Beach County, Florida Planning, Zoning and Building Department, where he had responsibility for comprehensive development, construction, and licensing and compliance activities for a high-growth region in the United States.