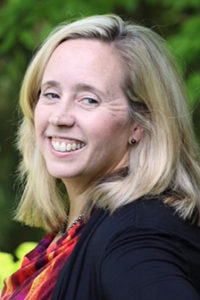 Facade fires continue to occur globally, leaving engineering experts and legislators researching complex risk scenarios for the protection of humans and property. The Safety Design in Buildings campaign invited leading international experts for a public and interactive best practice virtual series, reviewing facade fire mitigation and remediation strategies, which was presented in a series of four essential modules. On August 17, International Code Council Senior Staff Engineer Beth Tubbs presented Facade Fire Safety in the IBC, where she provided a general overview as to how the International Building Code (IBC) addresses fire safety in tall buildings, and more specifically, the testing and approval of such facades as it relates to NFPA 285.

“The overall system of fire safety features is just as important as façade performance. In addition beyond the code itself is the need for a rigorous approvals process” said Tubbs.

The Code Council was a strategic sponsor and professional development partner of the Comprehensive Approach to Facade Fire Mitigation event.

Tubbs has been with the Code Council since 1995, and in her current role has an active involvement in a wide variety of activities, including code development and support and representing the Code Council in various committees both on a national and international level, including the International Fire Safety Standards Coalition and the Inter-jurisdictional Regulatory Collaboration Committee. She is a Fellow of the Society of Fire Protection Engineers and a member of its board of directors. She is also currently the staff secretariat to several Code Council committees, including the International Existing Building Code, the International Fire Code and ICC Performance Code. In addition, she is currently the lead staff on the ICC Fire Code Action Committee, which has been dealing with topics such as exterior wall finishes/cladding and energy storage systems.