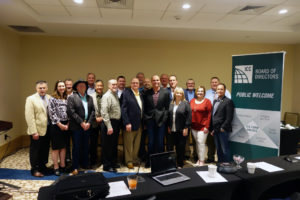 The International Code Council Board of Directors held its annual winter meeting from Dec. 6–7, 2018, in Clearwater, Fla. During its in-person meeting, the board dispensed with the following notable items:

On Saturday, Dec. 7, the board engaged in a workshop session that included strategic discussions, an update on the 2019 Code Council Communications plan, and a presentation from Rick Ankiel, a former professional baseball center fielder and pitcher. Ankiel’s presentation focused on the success of perseverance and teamwork during challenging times.

With one of the best stories in the history of major league baseball, Rick Ankiel was drafted by the St. Louis Cardinals out of Port St. Lucie High School in 1997 and named the Minor League Player of the Year by both Baseball America and USA Today, along with earning the Cardinals’ Minor League Player of the Year honors after posting a 2.35 ERA and accumulating 194 strikeouts over 137.2 innings pitched.

Following elbow and knee injuries, Ankiel retired following the 2013 season as one of only two players in major league baseball history — the other being Babe Ruth — to win 10 or more games as a pitcher and hit at least 50 home runs as a batter. He spent the 2015 and 2016 seasons as the Nationals’ Life Skills Coordinator, mentoring minor league and major league players within the organization. He drew from his own experiences and difficulties in handling the mental side of the game, both on and off the field. After stepping away from that position, Ankiel released a memoir in 2017, titled “The Phenomenon: Pressure, the Yips, and the Pitch that Changed My Life,” which tackles his rise and fall as a rookie sensation, while also exploring the experiences of human vulnerability.

The next in-person board of directors meeting will take place on April 27, 2019, in Albuquerque, N.M., in conjunction with the Code Council’s spring Committee Action Hearings for the Group B codes. Information on upcoming and previous board meetings can be found here.

Click here to see more photos from the meeting and workshop. 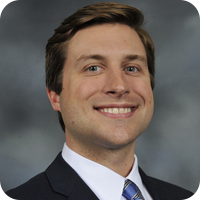 Will Coffman, Esq., Assistant General Counsel for the International Code Council, provides support to the Code Council’s Board of Directors and assists with the organization’s legal activities.