Building a green code program from the ground up

In late 2012, Washington, D.C., was in the middle of a major code adoption cycle, the first in almost five years. The mayor-appointed, private-public sector code adoption committee, the Construction Codes Coordinating Board, was excited yet nervous about the adoption of the 2012 International Green Construction Code (IgCC). At that point, no other major jurisdiction had adopted the 2012 IgCC (with all major chapters) as a mandatory code.

Even though the District of Columbia was a national green building leader that had pioneered the Green Building Act of 2006, and had a progressive development community that had embraced LEED certification as a standard practice across larger buildings, this gave them hesitation. Construction in the District was booming, and the code board was wary of assigning the building department additional authority and responsibilities that might slow development, especially given the building department did not have dedicated or experienced green building staff, and the code contained elements that were complicated and potentially unenforceable.

It was in this climate that I took my first job in codes as a green code official, establishing what would become the Green Building Division at the District of Columbia’s Building Department, the Department of Consumer and Regulatory Affairs (DCRA).

The Green Building Division is also involved in green building policy and code development, training and education, consumer protection, community outreach and more. We serve as an ambassador to project teams utilizing emerging green technology (e.g., solar, tall wood buildings, battery storage) and/or pursuing an ambitious goal such as building a net-zero energy building. Our division is at the heart of the District’s sustainability and green building program initiatives, playing a vital role in ensuring the District reaches its ambitious 2050 carbon neutrality and resiliency goals, and becoming the healthiest, greenest and most livable city in the country.

As a green code official, I have learned a lot over the past six years on and continue to grow on a daily basis. In this series, it is my goal to give you useful information that you can bring back to your jurisdiction as you create your own program; leapfrogging many of the challenges that my team initially faced.

Each article will provide detailed insights from the experiences and challenges the District faced while developing and enforcing the District’s green and energy codes. We’ll cover technical content such as advanced green and energy policy (e.g., net-zero energy codes), as well as practical topics such as funding a program, staffing structure and code enforcement.

For the next article, we’ll take a closer look at 2013 DC Green Construction Code and how it is enforced.

Access to consistent funding is one of the first major challenges a jurisdiction faces when creating an effective green code enforcement program. Without funding to hire staff, a jurisdiction cannot successfully meet their green building or sustainability goals. The green and energy codes are too complex, and effective enforcement is too time intensive to be layered onto the jobs of existing code officials, most of who are already juggling a lot of work. There needs to be designated green code officials that are hired to focus specifically on the enforcement.

The Green Building Division is funded by the “Green Building Fund,” a special-purpose revenue fund created under the Green Building Act of 2006, which brings in nearly $2 million annually from an additional permit fee (Table 1).  In the District, the fund is fee’d as follows:

(2) Alterations and repairs exceeding $1,000 but not exceeding $1 million — an additional 0.13 percent of construction value; and 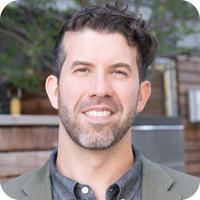 David M. Epley is the green building and sustainability division manager at the District of Columbia Department of Consumer and Regulatory Affairs (DCRA) where he established and currently manages the nationally recognized Green Building Program. The division is responsible for the enforcement, development, outreach and education of the District’s pioneering green building regulations throughout the construction process, including the DC Green Construction Code, the DC Energy Conservation Code, all solar-related regulations and the DC Green Building Act. In addition to existing regulations, the division is pioneering a code-based voluntary net-zero energy building program for residential and commercial buildings. In 2018, the division was recognized as “Energy Institution of the Year” for the greater Washington region by the Association of Energy Engineers and in 2015 the division won the national ICC Standard Bearers Award. Prior to working at DCRA, Epley was the program director for energy performance in the Enterprise Green Communities Program at Enterprise Community Partners, a national affordable housing non-profit. At Enterprise he managed the green communities certification, verification and energy benchmarking programs. Before Enterprise, he was a Solar America Cities Fellow at the city of Pittsburgh, Pa., and owned a home energy audit company in Knoxville, Tenn. He holds a master’s degree in sustainable design from Carnegie Mellon University and a bachelor's degree in environmental studies from the University of Tennessee-Knoxville.