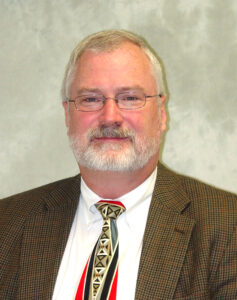 Dan Dolan, professor in the Department of Civil and Environmental Engineering at Washington State University, received the National Institute of Building Sciences (NIBS) Building Seismic Safety Council’s Excellence Award. The award recognizes individuals who have made a significant difference in advancing seismic design and construction and in improving the safety and economic viability of building systems.

The Building Seismic Safety Council works to enhance public safety by providing a national forum that fosters improved seismic planning, design, construction and regulation in the building community. The council has developed the National Earthquake Hazards Reduction Program Recommended Seismic Provisions, which have served as the foundation of the nation’s seismic standards and model building codes.

“This award is bestowed upon those who have distinguished themselves in technical positions, in leadership, and as leaders in government and private engineering organizations,” said Lakisha A. Woods, CAE, president and chief executive officer of NIBS in a press release. “These efforts have improved building performance, minimized the damage from earthquakes and saved lives.”

With Washington State University since 2002, Dolan has pursued efforts to improve building codes to make the built environment safer for earthquakes and hurricanes.

He developed two publications for the Federal Emergency Management Agency — the Homebuilders’ Guide to Earthquake-Resistant Design and Construction and the Home Builders’ Guide to Coastal Construction. He served as chair of the International Code Council committee to address wall sheathing requirements of the International Residential Code (IRC). The committee’s work helps to define the safety level of single-family houses in the United States.

He was a member of the International Code Council IRC Building and Energy Committee, which evaluates proposals for the IRC pertaining to structural performance and energy conservation to determine if the change is beneficial to the public’s safety. He has also served on the International Building Code Technical Update Committee to evaluate changes proposed for the structural safety portion of the building code governing large buildings.

In his research, Dolan studies dynamic load on low-rise buildings, dynamic response of light-frame buildings, the response of dowel connections, dynamic testing of structural assemblies, and numerical modeling of structural and material response. He teaches courses in the design of timber structures, advanced mechanics of materials, and advanced design of timber structures.