Continuing our Emerging Leaders series is an interview with Cecilia Sevilla. 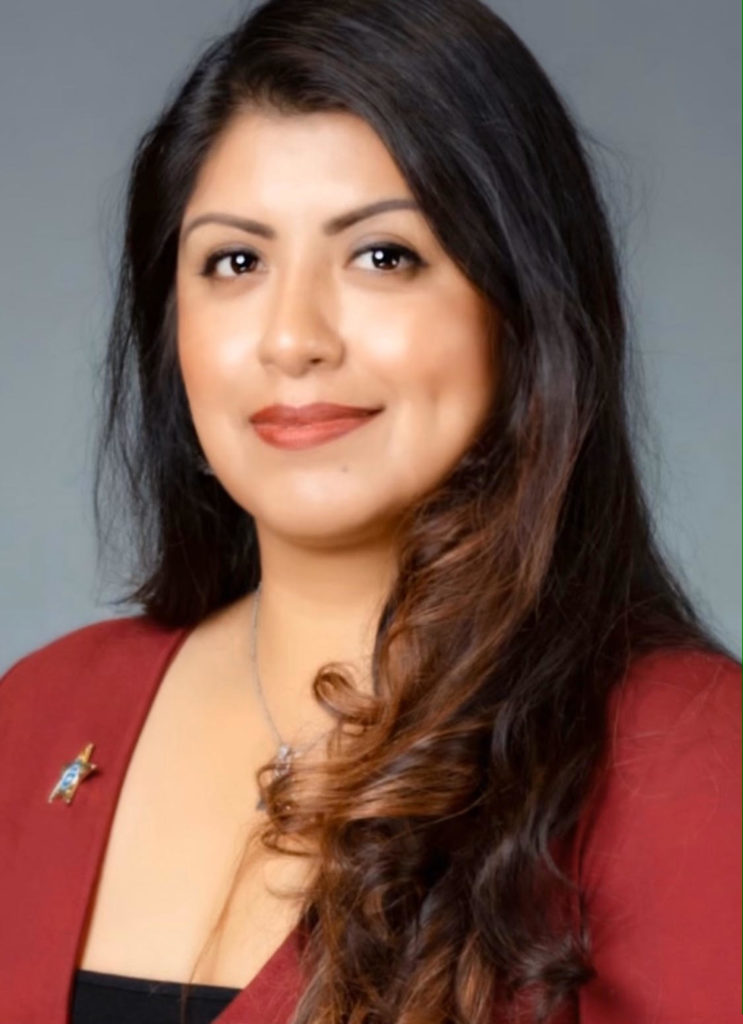 There are many unique stories of how code professionals became involved with the building safety industry and Cecilia Sevilla, senior specialty combination inspector for the city of Oakland, Calif., is one of those with a unique experience. She began her career at the age of 18 as an operator taking calls for inspectors, not really knowing at the time that a career in the building industry awaited her.

When Sevilla was first hired as an operator for the city, she met Diane Prowten — a building inspector who took her under her wing and gave her the opportunity to learn by shadowing her on inspections to obtain some practical experience. At the time Prowten was the only woman building inspector working for the city and Sevilla knew then that she wanted to be an inspector like her. Prowten told Sevilla that one of the best ways to learn about the nuts and bolts of being an inspector is to actually go to a hardware store and become familiar with, well… nuts and bolts. The idea was to see the various materials in raw form before assembly. Sevilla visited hardware stores and became immersed in plumbing equipment, wire, wood, fixtures and all different types of building materials — seeing these items for the first time from a fresh perspective. She then took a few entry-level residential inspection courses to learn more about the profession.

When an opportunity opened for a senior office assistant that supported plans examiners, Sevilla applied and was hired. The position helped her become familiar with building plans and she soon decided that this was the path she wanted to take. She began signing up for courses geared towards permits and building inspection. Later, an opening for a permit technician became available and after prepping for that exam, passed with one of the top five scores in a testing group of just five women and numerous men. While no one was hired for the position due to budget cuts, she didn’t let that setback discourage her; the experience actually encouraged her to move forward.

Sevilla later became an entry-level building inspection trainee and started attending training sessions through the Napa-Solano Chapter of ICC. While attending one of the networking events she met John Aguirre, supervisor for the city of Santa Rosa, who told her that she might be a good fit for a counter supervisor as a community development technician. She got the job and Aguirre assisted her in working toward her building certifications. When the construction industry went through a major transition in 2007 and 2008, many jobs became available and Sevilla seized the opportunity. She studied for, and passed, the Building Inspector Legacy exam and began a 13-year career as a code enforcement officer with the city of Santa Rosa.

Impressed with her background and involvement with the ICC chapter, Code Council Board Director Kris Bridges contacted Sevilla about the ICC Board Shadow Program, which provides an opportunity for potential leaders to shadow the board of directors at the ICC Annual Conference to experience real-time leadership as they observe their board mentors. While unaware of the program, Sevilla didn’t hesitate at the opportunity and she became Bridges’ “shadow” during the 2019 ICC Annual Conference in Las Vegas, Nev.

Although she had been a Code Council member for a number of years, it was Sevilla’s first opportunity to attend an annual conference, annual business meeting and code development hearing. Her experience exceeded her expectations. It was a whirlwind experience of attending various committee meetings and events with Bridges introducing her to many various people in the industry. She was very impressed with how the whole conference was conducted and the in-depth involvement of so many different people from all over the country and around the world. “You really appreciate the level of professionalism and the huge impact they all have on the industry,” Sevilla recalled.

During one of the committee meetings, she was particularly impressed with Nancy Springer, chief building official with the Division of Building Permits and Inspection in Sacramento County, who she knew from earlier training sessions. What struck Sevilla about Springer was her authoritative nature when presenting ideas to the committee; she saw firsthand the impact that women can make in the industry.

Sevilla recalled an interview she had early on in her career where six men asked her concurrent questions and discussed her amongst themselves while she was still in the room: “She doesn’t have the experience,” one man said. Another stated, “She can do it, we just need to train her.” While the position eventually went to a man with more experience, she put aside her discouragement and was determined to gain the knowledge she needed to advance in the industry. As she recalled that interview, Sevilla said it was encouraging and insightful for her to see so many women at the ICC Annual Conference who were very involved with the industry, making an impact and being treated with respect.

Sevilla has gone on to make her own mark in the industry. She has served as the co-chair of education and board director for the California Association of Code Enforcement Officers and she was integral in the rebirth of its Advanced Module Mobile Academy. She also helped to further develop the Code Council’s first Officer Safety Webinar series and continues to work diligently with the Code Council and other groups in the development of training courses directly related to the code enforcement profession.

For those looking to a career in code enforcement, Sevilla refers to her favorite quote that sums up what one needs to keep in mind: “If the plan doesn’t work out, change the plan, not the goal.” – Peggy Kuhn