Continuing our Emerging Leaders series is an interview with Jason Dilworth. 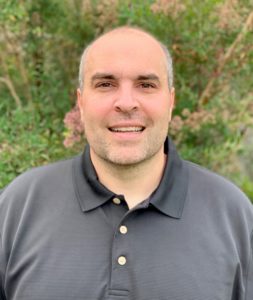 Like many people in the building industry, Jason Dilworth grew up with construction in his blood. His father — an ICC Master Code Professional — was a builder, inspector and a building official and owned a third-party agency. His grandfather was a builder as well. When Dilworth was old enough to work it made sense to start his career as a carpenter. His father encouraged him to go to school and get his licenses because they make one more marketable when good jobs become available.

Dilworth lives in New Jersey, which is known for having some of the toughest regulations to get licenses — you need at least three years of practical experience and 120 hours of schooling. Thanks to his father’s guidance, Dilworth started early and became one of the youngest people in New Jersey to receive his license. Because of the strict qualifications and high requirements for employment in New Jersey’s building industry, there is a shortage of building inspectors. When a position became available in 2007, Dilworth was able to become a building inspector because of his certifications, licenses and extensive background.

In the beginning, he was familiar with the International Code Council through the code books he used to study, but it wasn’t until a good friend — Sal Desimone — recommended that he consider the Board Shadow Program that he decided to give a second look. Dilworth applied for the program that would benefit his career and help him to network with like-minded people in the industry from all over the country. He was accepted and attended his first ICC Annual Conference in 2016 in Kansas City with past ICC Board Director James Morganson as his mentor.

It was Dilworth’s first opportunity to see first-hand what the Code Council is all about on a national scale and the magnitude of involvement of so many different people from all over the world was truly an eye-opening experience for him. The Board Shadow Program gave him a depth of knowledge he doesn’t think he would have been able to obtain on his own by seeing the behind-the-scenes operations of the Code Council and the entire code development process. He was impressed with the whole system and observing how new codes are written. Morganson encouraged him to learn as much as he could in the short time they had together, and Dilworth made many new friends and colleagues that he still keeps in contact with. It was encouraging for him to see how many other young people were just like him, going through the same processes and handling involvement within their own communities. Overall, he found that his time as a board shadow was extremely valuable.

In 2007, Dilworth worked as building inspector for the township of Lower New Jersey and has also worked as a deputy construction official. He currently works for Cape May City as the building official and floodplain administrator. In New Jersey, he is a licensed Building Subcode Official HHS, Plumbing Inspector ICS, Fire Inspector HHS, and Mechanical Inspector and Construction Official, and is a Certified Floodplain Manager. He currently serves as an executive board member of the New Jersey Building Officials Association.

“The biggest thing about being successful in this business is to treat people like you want to be treated,” he explained. “You’re trying to educate people on how to fix things by walking them through it. You don’t want to turn people away; you want to be more personable.”

With an impressive array of accomplishments in such a short time, Dilworth believes that younger people who want to make the building industry a career should focus on education. “Go to school and have licenses in your back pocket because you never know when an opportunity may come up,” he emphasized. He believes that if he hadn’t had the various licenses starting out, he would not be where he is today. “Even if you don’t use them, get them when you can. When a job opens up, it gives you just that much more of an edge in landing the position.”

Regardless of how many licenses he may have, Dilworth believes in keeping up with the codes and to keep learning, go to conferences and stay up to date with the latest technology. His next goal is to receive a Master Code Professional designation. While the extensive amount of knowledge one needs to obtain to stay relevant in this business may scare off some, he believes, “To be a true professional, you must be very dedicated. After all, the safety of many people depends on your dedication as a building official.”