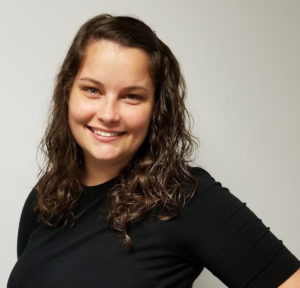 In just more than 20 years, fewer than 900 people have earned the coveted Master Code Professional certification, the Code Council’s highest level of designation. This is in part due to the certification’s stringent requirements and the sheer number of exams that a candidate must take. It’s not unusual for candidates to take several years to complete all the exams.

Kaylyn Owens, a permit and license technician for the city of Greenville in South Carolina, earned her Master Code Professional certification in one year. And what makes Owens’ accomplishment even more impressive is that she did not even set out to have a career in the construction industry when she graduated college.

“I got into it totally by accident,” Owens said. “In college, I earned an accounting degree. I was scheduled to have an interview with the jurisdiction for an accounting position, and the interviewer said that he thought I’d be better suited to be a permit tech. And that’s how it all started.”

Although she had no prior experience with the construction industry — “I had never built a house, I had zero knowledge,” Owens said — the promise of a full-time job with benefits was too good to pass up. Owens agreed to interview for a permit technician position and was quickly offered a job. She soon discovered that she enjoyed the world of building inspection and code enforcement more than she had expected.

“Through the years I’ve grown a lot working with the inspectors,” Owens said. “It has become a passion.”

In 2014, Owens took a job in another jurisdiction as a permit technician and, as a requirement of the new job, obtained her Permit Technician certification from the International Code Council. At first, she said, she didn’t think much about advancing beyond that certification because she was happy as a permit tech. But as positions began to open up due to retirements, she began feeling the tug to move up the career ladder.

Owens credits the unflagging support of the city of Greenville Building Codes Administrator and Building Officials Association of South Carolina Past President Buddy Skinner and her coworkers for helping her achieve the goal of passing her exams in just a year.

“Anything that I needed, whether it was study materials or the test itself, he said, ‘Here’s my credit card,'” Owens said of her boss. “He was instrumental in giving me the means to take the exams. And that included time off to study.”

While studying for the exams, Owens drew heavily on the experience of her colleagues, which they offered freely.

“Other than what I had learned from being on the job, I had zero knowledge of inspections,” Owens recalled. “Someone even drew a picture of a plenum for me to help me understand how it worked so that I could describe it on the test.”

“The support that I had from my coworkers, their willingness to share their knowledge, was vital,” Owens said. “They were always happy to answer my millions of questions.”

“Once I got started, though, it came naturally,” Owens said. “I’m a nerd at heart, and things like that come easily to me.”

Even so, there were some scary moments during the exam process. Owens recalled how she ran out of time during the Residential Building Inspector exam, and she walked out of the exam room certain that she had failed — only to find out that she had, in fact, passed. She went on to become one of 62 men and women who received their Master Code Professional certification in 2018.

“I’m the one who sat for the exams, but it was truly a team effort to get me here,” said Owens.

Master Code Professional certified professionals go on to a range of leadership positions that include management of code enforcement departments, supervisory positions and code compliance inspection. As a generation of building professionals prepares to retire, the need for experienced leaders to fill that void is becoming more acute.

Owens said that although her experience may be atypical of others who are seeking the Master Code Professional certification, she hopes that her example will inspire others to try to reach the gold standard for proficiency in the code profession.

“Don’t give up,” she tells aspiring code professionals. “If it’s your dream, and even if it’s not, just soak it all in because you never know when the opportunity to move up will appear. If you’re not prepared, you will be passed over. Find a mentor and latch on to them, and don’t be embarrassed to ask all the stupid questions. I did!”