Lee Wheeler was looking for a full-time job in the economically distressed Seattle area some 50 years ago when he saw a local fire department was looking for firefighters. He didn’t have any fire service experience, so he called his father for advice. “My dad told me, ‘Get your butt over there and apply. Even in bad times, firefighters can put food on the table.’” 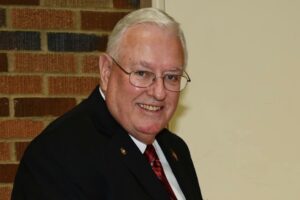 So, he did. And within the next decade, Wheeler would climb the fire service ladder steadily, to the point where even though he never worked more than 20 miles from his birthplace in Renton, Wash., his influence during his five-decade career in the fire codes would spread internationally.

Wheeler recently learned he is the recipient of the International Code Council’s 2020 Robert W. Gain Fire Prevention Leadership Award, given to a member of the Code Council whose service, professional abilities and leadership have been exemplary in the development of the International Fire Code (IFC) and has served as an example to all fire prevention and fire protection professionals. It is presented in honor of Robert W. Gain, a founder of the Uniform Fire Code and a distinguished member of the organizations promulgating the fire code.

How much influence did Wheeler have on the fire service codes? Gary West, chair of the ICC Fire Service Membership Council, gave some insight in his recommendation for Wheeler. “The Robert W. Gain Fire Prevention Leadership Award is given in honor of Chief Robert Gain, who has come to be known as the ‘father of the fire code.’ Chief Gain earned that recognition based on his commitment to creating a regional model fire code and his vision and leadership in pursuing that dream in the 1960s. Thirty years later, Chief Lee Wheeler provided the vision, leadership and unwavering commitment that forged the International Fire Code from the Code Council’s legacy fire codes. In short, Chief Wheeler is the Robert Gain of our generation.”

Wheeler, who retired as fire chief in Renton in 2006, said he was shocked when he got the call about the award. “It has been so rewarding to work with all the people I have throughout the years, especially in helping bring together one consistent building code,” said the soft-spoken Wheeler, about to celebrate his 76th birthday with family while on vacation in Arizona. 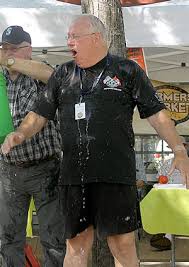 Looking back to that job in Bellevue, there were signs of great things to come for Wheeler. “I was one of 800 applicants for three positions,” Wheeler said. “I got selected. They started you slowly. For the first year, there were no 24-hour shifts.”

But within a few years, he was chosen for fire inspection/investigation duty and then to be fire marshal/building inspector. His duties included management of the building inspections department, making him one of the rare individuals who has served as both a fire marshal and a building official. Not long after that, his bosses in the city asked him to fill in for the fire chief who would be gone for six months following surgery. “When he got back, he told me, ‘Wheeler, you screwed up things so much in the past six months, I’m going to make you deputy chief so you can fix things.’”

Not long after he got into the fire service, Wheeler attended his first code meeting. Not surprisingly, he maneuvered the learning curve and rose through the ranks of the local chapter of the Uniform Fire Code, to regional, ultimately representing the organization at the state level.

In 1983, Wheeler left Bellevue to become fire chief for the city of Renton, his hometown, and much like Bellevue, a suburb of Seattle. The town not only had a decent-sized population but is home to Boeing and other well-known manufacturing, technology and healthcare organizations. As other code officials did throughout the country, Wheeler saw contractors having to negotiate three different model codes depending on where they were building. That delayed construction, and revenue, for months at times. 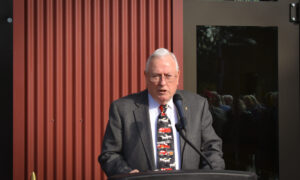 “When our legacy organizations came together to form the International Code Council and began the process of scoping the International Building Code and International Fire Code and consolidating their respective codes in the late 1990s, Chief Wheeler emerged as a key player,” West said. “He became a member of the original International Fire Code Council, and he led and promoted collaboration among code officials to help build the Code Council in these formative years, drawing on his unique experience and ability to ‘cross the aisle’ and bring building and fire code officials together. That ability to facilitate collaboration was essential in leading negotiations to consolidate the four legacy fire codes and to develop the initial scoping responsibilities of the Code Council’s first code development committees.

“We met once a month in a different part of the country, said Wheeler in remembering those difficult first talks. “At first, this person was saying they do it this way, and we do it that way. But as we met more often, we began to see each other as people who just wanted the best and safest codes. We respected each other’s positions and came to a consensus. I’m very happy how it came together.”

Since retirement, Wheeler and his wife devote a lot of their time to serve in their community. He’s an honorary member of the Renton Chamber of Commerce, a member of the Salvation Army Renton Corps. Advisory Board, and a longstanding member of the Renton Rotary Club (and well known in Code Council circles as the leading seller of Renton Rubber Duck Derby Fundraising Tickets).

While thrilled and humbled with his award, Wheeler is sad the ceremony will be held virtually in November due to the pandemic. He had attended every Code Council annual conference and annual business meeting since the merger, and even after retirement from Renton, the Code Council asked him to attend to moderate the code development hearings. “For sure, it will be different,” he said of the virtual meeting. I have a ton of friends in code, and I enjoy seeing them at least once a year.”