Fabricator shops play a critical role in the world of construction. These shops are where the structural pieces are fabricated for churches, stadiums, malls and other places where people gather. Much goes into ensuring the final structural pieces are fabricated according to design and ready to be used in a building. It is the building official’s responsibility to make sure the job is fabricated according to the project’s specifications and the codes. So, what does the building code say about approving fabricators?

In addition to the special inspection required on the job site, the code also states:

Where, fabrication of structural, load-bearing or lateral load-resisting members or assemblies is being conducted on the premises of a fabricator’s shop, special inspections of the fabricated items shall be performed during fabrication.

The requirement for special inspection of fabrication shops has two exceptions:

The second exception is where the fabricator is registered as an approved fabricator as stated in Section 1704.2.5.1 of the IBC.

“An established and qualified person, firm or corporation approved by the building official pursuant to Chapter 17 of this code.”

Section 1704.2.5 of the IBC provides two ways the building official can approve a fabricator. The first states, “Approval shall be based upon review of fabrication and quality control procedures and periodic inspection of fabrication practices by the building official.” Note that here the full review is being performed by the building official. The second way states, “Approval shall be based upon review of the fabricator’s written procedural and quality control manuals and periodic auditing of fabrication practices by an approved agency.” Note that here the review is being performed by an approved agency. Chapter 2 of the IBC provides a clear definition of an approved agency as follows:

“An established and recognized agency that is regularly engaged in conducting tests or furnishing inspection services, where such agency has been approved by the building official.”

To provide assurance that a fabricator is competent, IAS has several programs that establish the requirements for competence. When a fabrication facility has met these requirements and shows they are competent, IAS will issue the facility a Certificate of Accreditation, which can be viewed on the IAS website. This accreditation can be used by the building official to qualify the facility as an approved fabricator.

IAS assesses fabricators in conjunction with an IAS accredited inspection agency in the following fields of fabrication and has developed requirements, through an open public hearing process, in each of these fields:

There are two other programs that augment the metal building program (AC472). These programs are:

These two programs have their own special place in the Metal Building Program: 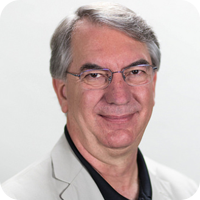