Off-site construction — the use of building components that are planned, designed and fabricated at a different location from where they are installed — has been around for more than a century, since Sears, Roebuck & Co. began selling their famous pre-fabricated “kit homes” in 1910. Today, engineers make increasing use of prefabricated components ranging from heating, ventilation and air conditioning ducts to whole floors for a wide range of commercial and residential applications. A 2014 survey conducted by the National Institute of Building Sciences, for example, found that 93 percent of the construction firms surveyed had used prefabricated components on one or more projects during the previous year.

Advocates say off-site construction enables project managers to shorten construction schedules, improve the predictability of costs, reduce the amount of wasted material and carbon emissions, lessen site disturbances, and improve the safety and security of both workers and equipment.

That’s not to say off-site construction doesn’t have some potential challenges, though. Off-site components can affect floor heights and wall thicknesses. Items built in one state may not be compliant with regulations in another. Component sizes and configurations are limited by the size of available transportation. Prefabricated components can make inspections challenging like concealing the interstitial spaces of a building that normally would be visible prior to finishing for occupancy.

“In a conventional site-built building, the Authority Having Jurisdiction can inspect the plumbing, mechanical and electrical before they put the drywall over the framing, for example,” said International Code Council Senior Vice President for Technical Services Mike Pfeiffer. “When you deal with off-site construction, the local inspector no longer has control of certain aspects of the inspection.”

Although some state building codes address off-site construction, there is no industry-wide standard. The International Building Code, though it is has been adopted by most jurisdictions, was written based on traditional on-site construction practices. In some cases, manufacturers of modular components have to meet a bewildering array of local standards, which can cause delay and inefficiency. One example is the popular use of shipping containers as building modules. Some states may allow the use of re-purposed containers as some states may only allow unused ones.

To address these issues, at its July 2018 meeting the Code Council Board of Directors approved a proposal to develop a portfolio of tools to support the off-site construction industry. Two standards are being proposed: one for the planning, design, fabrication and assembly of off-site construction, and one for inspection and regulatory compliance. In addition, the Code Council is also proposing a guideline for the transportation of modular components to the construction site.

“The Code Council could have simply maintained a posture that regardless of where something is built and how it’s transported, it must fit within the current code format,” said Pfeiffer. “But the association felt that a set of dedicated standards would give people a better appreciation of how off-site construction really works and the underlying benefits.”

To ensure the standards and guidance reflect the latest in industry best practices, the Council is partnering with the Modular Building Institute (MBI) to jointly develop these new resources for the construction industry. The two organizations have signed a memorandum of understanding cementing their commitment to “jointly advance and promote the mutual interests of streamlining the use of off-site construction.”

According to Pfeiffer, the Code Council is organizing a committee that is expected to meet in early 2019, with a goal of having the standards and guidance ready in two years. “At the end of the day, regardless of how a building is built, it still needs to comply with the code,” said Pfeiffer. “Our goal is to try to ease the regulatory burden a little bit and make people more comfortable with the idea that this is a viable way of doing business.” 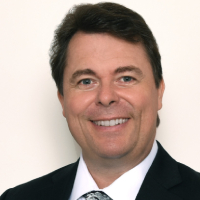 Karl Aittaniemi, P.E., is the Director of Standards at the International Code Council. He supervises the Standards Department staff in their roles supporting the development and support of ICC’s Codes and Standards out of ICC’s Central Regional Office in Country Club Hills, IL. Karl has an extensive professional background in fire protection product evaluation and has managed fire protection investigation projects in accordance with nationally and internationally recognized model codes and standards. He has experience as a forensic engineer and is a licensed professional engineer in several states.

During the maintenance window, these intermittent outages may impact an exam candidate’s ability to purchase, view, schedule, and/or launch an examination from the ICC website, including myICC. Also, the access to services like Digital Codes Library may be impacted. We apologize for the inconvenience and thank you for your patience