In the last installment in this series, we covered the development of the initial draft and the submission of public comments on the draft. Once all the comments on the initial draft are received the development committee deliberates on how to resolve comments received. In some cases, comments can be assigned to working groups to discuss and develop recommendations to the full committee. However, final decision-making rests with the committee.

A Committee Action Report is developed containing information on how the committee is resolving all the comments. This report is provided to everyone who submitted comments, opening a 30-day window where they can submit additional information if the comment or believes the committee did not resolve their issue.

Based on the committee’s disposition of comments received during the initial public input period, the secretariat may prepare either a first draft or a public comment draft of the standard. This new document is the first compilation of proposed updates to the standard.

The public comment or first draft is posted on the International Code Council’s website and notification is made to interested parties and the public through email and other communication outlets. If the draft is a public review draft, notice also appears in the American National Standards Institute’s (ANSI) Standards Action publication. The comment period is open for at least 30 days.

Just as in the initial draft comment period, all public comments must be submitted on a public comment form in legislative language (strike-through and underline) and with a reason statement for the proposed change. In other words, the verbiage of the comment must be conveyed in a way that is actionable by the committee.

Public comment drafts can be issued as many times as necessary to resolve all the comments received. However, with each new draft, only the content that has changed since the prior draft is subject to comment.

The committee takes several votes during the development process. Acceptable votes are affirmative, affirmative with comment, negative with reason and abstain with reason. Formation or disbandment of subgroups and disposition of items received during the public input period require a simple majority vote conducted either during a meeting or by letter ballot. A two-thirds affirmative vote is required to approve the completed standard or reaffirm the previous edition.

In our final installment, we’ll cover the submission to ANSI and the available appeals process. 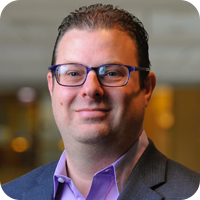