Melike Oncu was appointed General Counsel of the International Code Council in January 2013. Oncu joined the International Code Council in October 2008 as Assistant General Counsel. As General Counsel, Oncu serves as a member of the Code Council Senior Management Team and oversees all legal affairs for ICC and the ICC Family of Solutions.
Oncu holds a juris doctorate from George Washington University, and a bachelor’s degree from Lafayette College. She began her legal career as a corporate attorney with the law firm White & Case, LLP. She also served as Of Counsel for the law firm of Bingham McCutchen, LLP. 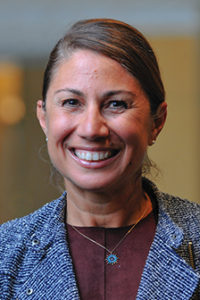