At the century mark, NCMA keeps its eyes on the future 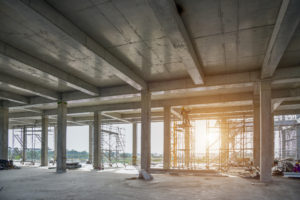 In 1918, a group of manufacturers banded together to bring standardization to a novel product that had been invented just a few years earlier: the concrete masonry unit, or CMU. Over the century that followed, as CMU became — literally — one of the building blocks of the modern built environment, the National Concrete Masonry Association has kept its gaze fixed firmly on the future of concrete masonry and allied industries.

Although people had used concrete brick as a replacement for stone and clay bricks before the turn of the last century, it wasn’t until an inventor named Harmon Palmer patented a process for molding cement, sand, gravel and water into concrete block in 1900 that the use of CMU really began to take off. Manufacturers quickly realized that for the industry to meet the demand, it would have to develop standards for size, quality and safety. The need for standards was made even more imperative by the introduction of a mass-production method in 1914 and the introduction of cinder block three years later.

The first standards developed with the help of NCMA focused on manufacturing and material properties such as curing times, strength, and handling techniques, explains NCMA president Robert D. Thomas. During World War II, the association pivoted toward providing technical support to the industry through research and development. Today, its research emphasizes such modern concerns as resiliency and software tools.

“We went from standards for products to standards for building systems,” Thomas says. “And that’s where the codes come into play.”

Thomas says NCMA has been an active participant in the International Code Council’s code development process since the Council’s founding in 1995. NCMA also has representation on the Council’s Industry Advisory Committee.

“The way that we build structures is constantly evolving, and ICC is in a unique position to bring everyone together to figure out ways to develop standards and provide education,” Thomas explains. “We learn a lot from participating in groups like the IAC. And we like to think we’re bringing our own knowledge and experience to them as well.” 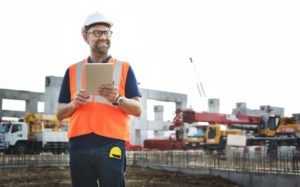 The Code Council has initiated the process to update the ICC 600 Standard for Residential Construction in High-Wind Regions through an outreach program to engage the major material trade associations serving the residential construction industry as well as other stakeholders to assess current and future needs regarding resilient residential construction. NCMA is interested in participating in the update process of ICC 600, which was last updated in 2014.

“There are so many examples of communities that have had the heart and soul ripped out of them because of disasters,” Thomas says. “A lot of that can be mitigated by building a little stronger and a little better.”

In addition to CMU manufacturers, NCMA also represents the interests of manufactured stone veneer and segmental retaining wall manufacturers as well. The association also maintains one of the few privately owned product research and development laboratories in the construction industry.

Even as NCMA was celebrating its centennial anniversary last summer in Chicago, the organization was busy unveiling its strategic plan for improving the market share of concrete and masonry manufacturers’ products and systems over the next two years. The strategic plan’s goals emphasize continued participation in codes and standards development, education and workforce training, membership engagement, and internal organizational improvements.

“We feel that concrete masonry has a unique role to play in terms of building safety,” Thomas said. “There are threats out there, whether they are fires or floods or tornadoes, and as manufacturers of a non-combustible building product, we believe we have an opportunity to provide a lot of protection for communities.”

Thomas said that last year’s centennial was not only an opportunity to take stock of what has been accomplished so far, but to think about what lies ahead for manufacturers of concrete masonry, manufactured stone veneer, and segmental retaining walls.

“The looking back is only for perspective,” Thomas said. “We’re representing an industry that is 100 percent looking forward.”