On May 2, 1935, Winston Churchill stated, “Want of foresight, unwillingness to act when action would be simple and effective, lack of clear thinking, confusion of counsel until the emergency comes, until self-preservation strikes its jarring gong — these are the features which constitute the endless repetition of history.”

George Santayana put it even more simply in 1905, “Those who cannot remember the past are condemned to repeat it.”

These wise words are generally accepted, yet, when it comes to taking proven steps to create resilience in the face of natural disasters, we often fail to act. Perhaps the best example is whether we adopt and enforce the latest model building codes.

Building failure investigations have proven again and again that codes are the first and most important line of defense from natural disasters, yet far too many communities overlook this proven tool to ensure swift and successful “bounce back” after earthquakes, floods, hurricanes, tornadoes or wildfires. The breakdown not only occurs before the disasters strike but often during disaster recovery as well.

This sets up a cycle known as “Build-Destroy-Rebuild” where we build either without codes or with outdated codes, then natural disasters destroy our buildings, and we then rebuild them the same way, thereby perpetuating the cycle.

We have worked as a disaster safety and resilience movement for many years to overcome this problem, and we have enjoyed clear successes. But is there a more systematic way to accomplish our goals? Is this breakdown as simple as a communication problem? Do leaders and homeowners simply not know how important codes are to survivability from the storm?

We researched this question through a national survey during the first quarter of 2018 and validated that, yes, it may be that straightforward. Our findings indicated that while many homeowners were “very” or “extremely” concerned about the impacts of natural disasters, most admitted they did not understand the linkage between building codes and disaster resilience. Further, most incorrectly assumed that they already had adequate building codes in place and enforced in their communities. Finally, when asked how they would feel to learn they did not have codes at all, 67 percent reported they would be “extremely” or “very concerned” to learn that their home was built without the benefit of building codes and standards.

Building codes, standards and floodplain regulation policies are complex and removed from everyday life. Typical consumers are not involved when key decisions are made. Even elected officials may be somewhat separated from the details as they balance limited resource allocation in the face of many competing, more near-term priorities and rely on the technical expertise of others.

Our survey findings support this assumption and make it clear that there is a gap between public understanding of the link between building performance in disasters and the presence of well-enforced, modern building codes. With that in mind, we have written a new commentary reviewing last year’s “season of disasters.” As part of the review, we examine ways to move science and policy findings into practice with a special focus on improved risk communication.

If we learned anything last year, it is that we must break the “Build-Destroy-Rebuild” cycle. When we do, our communities will avoid a deadly and costly catastrophe history and provide a safer future for those who reside in harm’s way.

This article originally appeared on the Road to Resilience blog and is reprinted with permission. 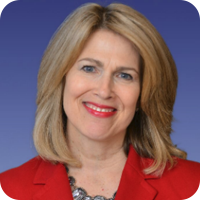 Leslie Chapman-Henderson is the president and chief executive officer of the nonprofit Federal Alliance for Safe Homes (FLASH), the country’s leading consumer advocate for strengthening homes and safeguarding families from natural and man-made disasters. FLASH brings together more than 100 diverse partners that share a vision of making America a more disaster-resilient nation. She promotes resilience through public speaking, testimony, publication of commentary papers, the Road to Resilience blog, and by bringing together disaster safety thought leaders to leverage collaboration on behalf of the cause.