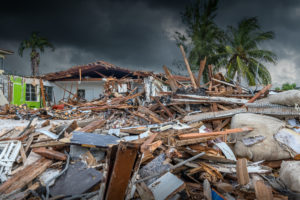 Damage from hurricane winds, storm surges, and heavy rain impose costs on private entities, such as households and businesses, and on all levels of government. The Congressional Budget Office released its report — Expected Costs of Damage from Hurricane Winds and Storm-Related Flooding — which warned that the cost inflicted by hurricanes and storm-related flooding is expected to hit $54 billion a year, equivalent to 0.3 percent of the nation’s current gross domestic product, with expected annual costs to the federal budget from such damage totaling $17 billion annually. The overall total consists of $34 billion in expected annual economic losses to the residential sector, $9 billion to commercial businesses and $12 billion to the public sector. The Congressional Budget Office produces independent analyses of budgetary and economic issues to support the Congressional budget process.

The estimates of expected economic and budgetary costs represent average one-year costs based on current conditions, including the extent of development in vulnerable areas, climatic conditions (such as sea levels and atmospheric and sea-surface temperatures), and government policies (such as zoning, building codes, insurance rates and the extent of federal assistance). The estimates are based in part on large-scale commercial models that simulate damage from hundreds of thousands of potential storms that might occur under current conditions, along with their probability of occurring. Because expected costs account for potential damage from infrequently occurring catastrophic storms, they will be higher than actual costs in most years — but much lower than actual costs in a year when a catastrophic storm occurs.

The report examines several policy approaches that could reduce the magnitude of storm losses and their budgetary costs, including several that would expand the federal role in risk mitigation. These approaches (report excerpts included below) include revising the Federal Emergency Management Agency’s requirements for new buildings constructed in communities that participate in the National Flood Insurance Program to the International Codes, providing incentives for communities to update and enforce their building codes, increasing federal funding to better assess and map flood risks, and increasing federal funding for risk mitigation or shifting federal spending from post-disaster recovery to pre-disaster mitigation. 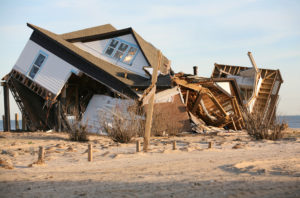 Understanding and managing the risk of flooding requires accurately assessing and mapping that risk and keeping such maps up to date. Flood risk changes over time because of factors such as sea-level rise and land subsidence. In addition, increases in the amount of property development reduce the share of permeable land surface and may decrease the number of wetlands and mangroves, all of which help minimize damage from flooding.

Another approach to reduce storm-related costs would be to increase the extent of pre-disaster activities that would decrease damage if storms occurred and to choose the most cost-effective of such risk-mitigation efforts. The federal government could help achieve those two goals in several ways, such as increasing federal funding for risk mitigation, shifting federal spending on mitigation from investments made in the wake of a disaster to pre-disaster efforts in order to target funds toward investments that are likely to have high rates of return, and increasing the stringency of building codes in areas at risk of storm damage.

Increase funding for risk mitigation. The federal government could reduce expected storm damage — especially from flooding — by increasing its spending on various risk-mitigation efforts, including building physical barriers, such as seawalls; constructing or preserving green infrastructure, such as wetlands; elevating buildings; and buying out at-risk properties in low-lying areas. The federal government could also provide incentives for state and local governments, households, and businesses to make risk-reducing changes.

Shift federal funds from post-disaster mitigation to pre-disaster mitigation. The federal government could increase the cost-effectiveness of its spending on risk mitigation by developing a more comprehensive and strategic approach for determining where and how to invest federal dollars in improving disaster resilience. Such an approach would target the most vulnerable areas and focus on investments likely to have high rates of returns. 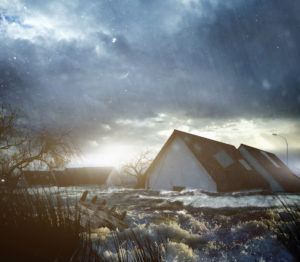 Increase the stringency of building codes. The federal government could reduce the size of expected flood losses by enacting policies that would facilitate the use — and enforcement — of building codes that require stronger risk-reducing measures in new buildings. The particular set of building codes that would be cost-effective (by requiring changes whose additional costs would be outweighed by the resulting decrease in expected losses) would vary among communities on the basis of their exposure to flood risks. Building codes apply to new construction, so the risk-reducing measures they might require, such as elevating buildings or placing heating and cooling equipment on roofs, will typically cost less than if those measures are retrofitted to existing structures. As a result, the measures are more likely to be cost-effective if they are included in construction projects initially.

Policymakers could increase the stringency of building codes in flood-prone areas by revising the Federal Emergency Management Agency’s requirements for new buildings constructed in communities that participate in the National Flood Insurance Program, and by providing incentives for communities to update and enforce their building codes.

Revise building standards under the NFIP. The Federal Emergency Management Agency estimates that more than 90 percent of U.S. communities identified as having some degree of flood risk participate in the National Flood Insurance Program, which obligates them to comply with the Federal Emergency Management Agency’s minimum requirements for new buildings. However, some of those requirements are less stringent than the most recent standards specified by the International Code Council, which produces some of the most widely used building safety codes.

Lawmakers could reduce expected losses by mandating that the National Flood Insurance Program’s requirements be updated periodically to reflect shifting vulnerabilities to flood risk and changes in International Code Council standards. Because the mix of cost-effective risk-reducing measures differs by location, the program’s requirements would be most cost-effective if they varied among communities.

Provide incentives to update and enforce building codes. Lawmakers could also reduce expected losses by providing incentives for states to adopt and enforce updated construction standards. For example, the Safe Building Code Incentive Act of 2015, which was introduced in the 114th Congress, would have increased the amount of assistance that a state received after a major disaster if, when the disaster occurred, the state had in place — and was enforcing — a nationally recognized model building code (such as the International Code Council code) that had been updated in the previous six years.

In addition, states may not enforce their codes. For example, according to a 2018 study by the Insurance Institute for Business and Home Safety, states vary widely in the adoption and enforcement of residential building codes designed to reduce wind damage.