“I was your typical high school shop rat,” said Jeff Bailey a building and construction trades instructor with the Natomas Unified School District just outside of Sacramento, Calif. “And if it weren’t for shop, I don’t know if I would have finished high school.” Now, Bailey is teaching in one where the construction trades education (CTE) program not only matches his desire to spread the word about such vocational programs but has the backing of an administration that sees all types of such programs as once again critical to matching students’ talents to substantial and much-needed careers.

At one point, Bailey, like many, saw high schools do away with vocational training. That was not only depressing but it left a big gap in students going into the trades. “You talk to a builder now, and they’ll tell you they can’t keep up; they can’t fill the need for qualified workers,” said Bailey. “The demand is outrageous.” 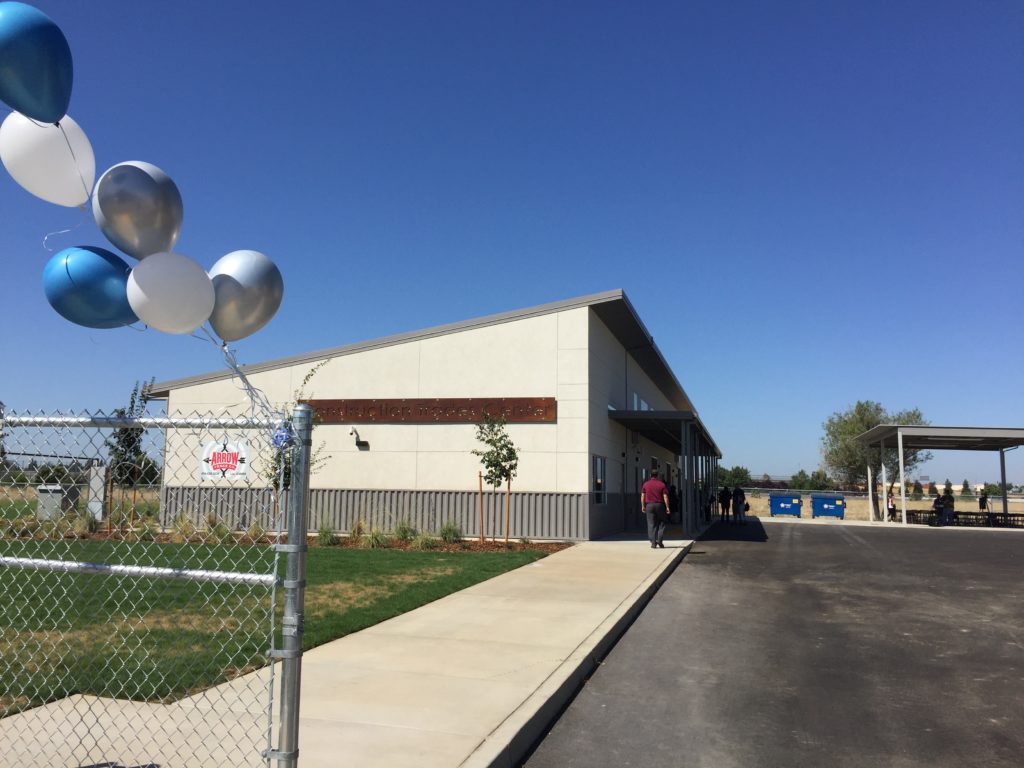 Natomas school officials saw that years ago, said School Board Trustee Lisa Kaplan. They had just started to plan for building a CTE center to bolster its curriculum as the Sacramento School District had just one, she said, when the economy took a nosedive. On top of that, she said, federal floodplain requirements that changed following Hurricane Katrina meant they had to shore up their existing land and buildings before thinking about new construction. All that needed to be fixed first, she said.

A couple of years ago, construction again started to ramp up around Sacramento, and Kaplan said the board and Superintendent Chris Evans started talking to different trades around the area to gauge interest in a CTE curriculum and center. With a good amount of interest and some matching funds, they were able to build a $3.7 million state-of-the-art CTE center on its Natomas campus. “This is not a classroom made over for shop class,” Evans emphasized. “This is a separate building with rolling doors and inside and outdoor workspaces.”

The 5,000-square-foot building has 3,000 square feet of shop space and another 1,000 square feet of classrooms, in addition to Wi-Fi and a good amount of secure storage for the name-brand tools they were able to buy in bulk at a good price. And, being a separate building, Evans said, there’s room to expand as the fledgling program takes off. 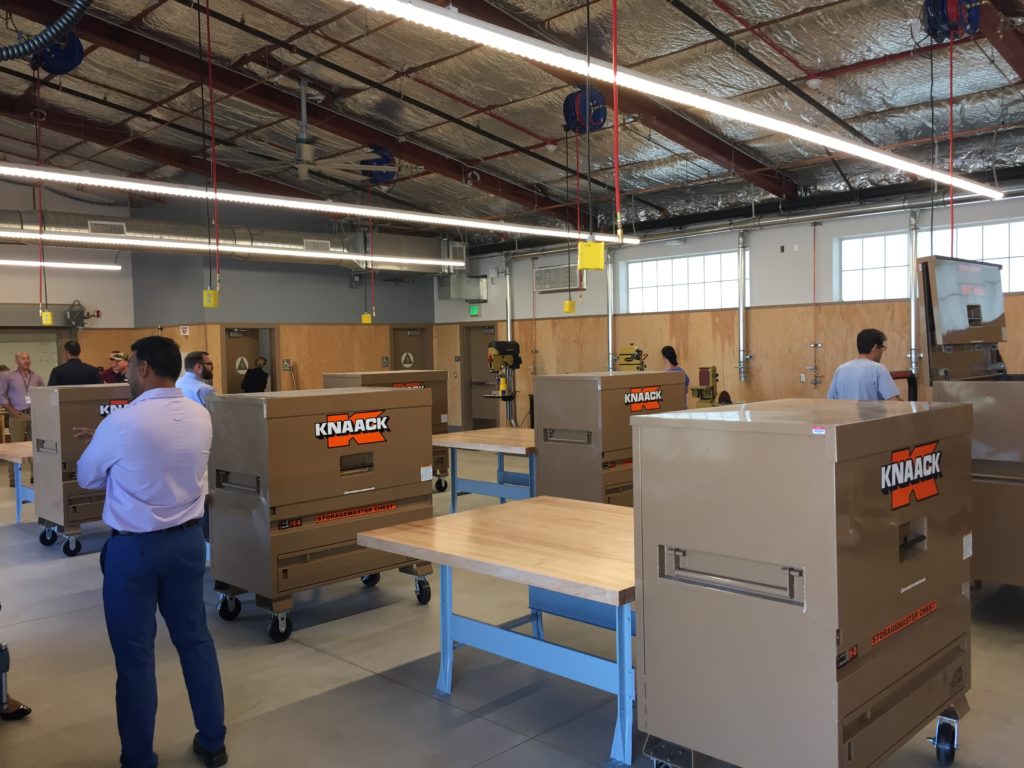 Bailey was in the right place at the right time to catch on with the program. He had since graduated from shop rat to a CTE classroom teaching career at a couple of high school districts near Sacramento. It was at a previous job he just happened to hear what was going on in Natomas from a colleague. “She told me, ‘You need to apply,’” he said.

He did and he got the job, even before the school year began, Bailey said. That allowed him to help develop the curriculum for the new CTE program and help furnish it by reaching out to industry contacts he had made throughout his career. “There is no other facility like this is any other district,” Bailey said. “And the administration gave us a very generous budget to spend on tools and other equipment. I was like a kid in a candy store.”

Chris Ochoa, senior regional manager of Government Relations for the International Code Council, has been following Bailey’s career since the Code Council split the Government Relations duties in California, with Regional Manager Susan Dowty taking the southern region and him taking the northern region. Dowty saw what Bailey was doing with teaching students at the high school level and suggested Ochoa keep on eye on him. “She told me he had been doing a lot with industrial arts programs in the Rossville school district near Sacramento,” Ochoa said. “Susan thought he might be interested in helping us expand the Code Council’s High School Technical Training Program.” 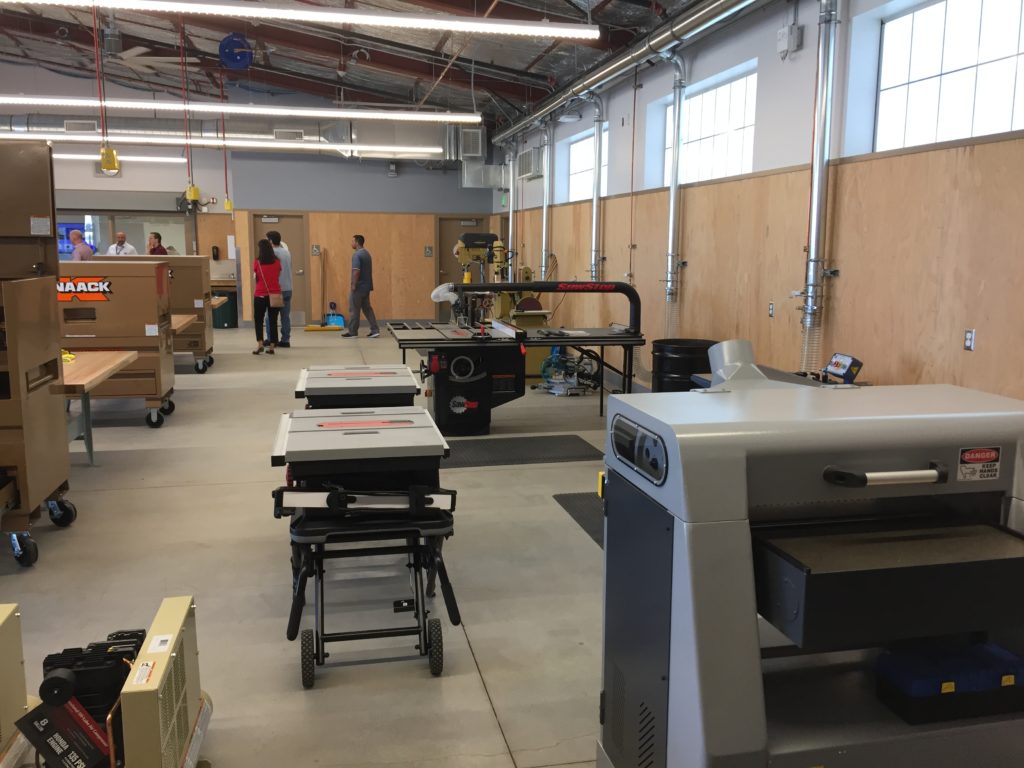 Ochoa, who met with Bailey a few times before the latter moved over to Natomas, was invited to tour the new center. “It’s fabulous,” Ochoa said. “All brand-new equipment, all kinds of stations for students.”

Ochoa said he’s even more convinced Natomas would be a great place for the HSTTP. Bailey thinks so, too, especially for the more advanced students more likely to use those Code Council achievement certificates after graduation.

Bailey said the facility even has an entire wall devoted to millwork, complete with a dust-removal system. That and a host of the newest-model tools should make “shop class” a more interesting draw than it was 20 or 30 years ago. The first students in the program — which started at the beginning of the school year — already have built and sold sheds, and now are building 300-square-foot “tiny houses” complete with a study in solar power imbued in California’s sustainability efforts. “This is not making lamps or birdhouses in a one-time project in woodshop like when I was in school,” Evans said. “It’s offering the possibility of a career with good benefits. What a great opportunity this is for them for years to come. 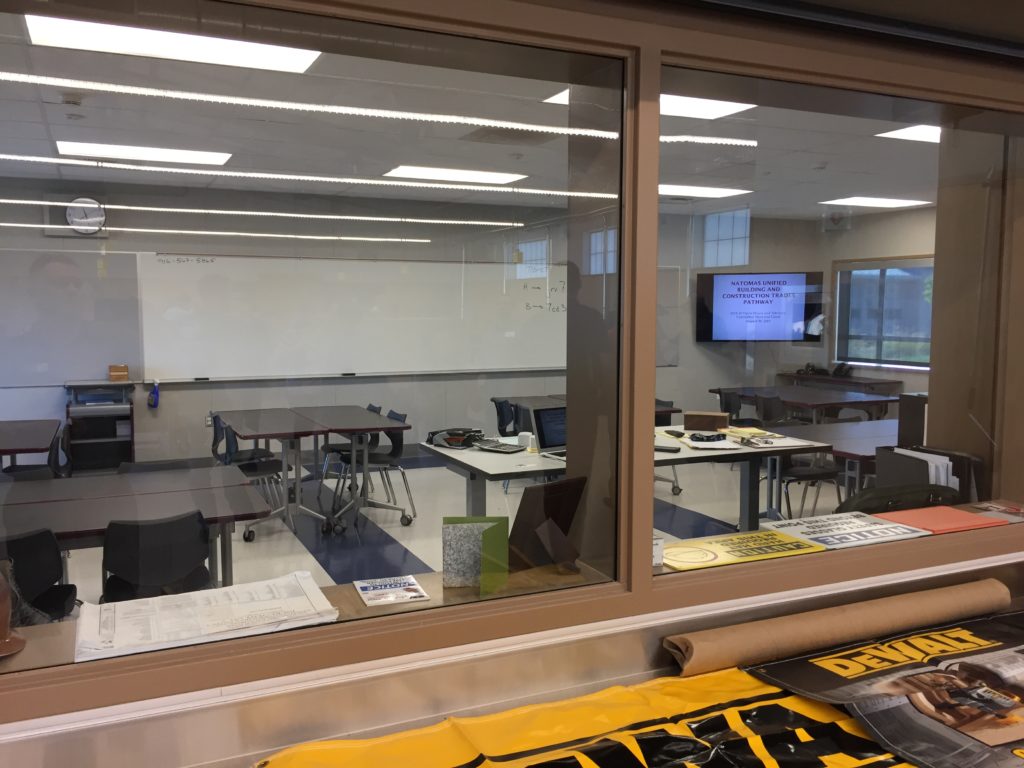 And for some students, CTE keeps them in school. Kaplan said vocational classes kept her brother, a shop rat like Bailey, in high school years ago. “Not everyone is meant to go to college,” she said. “But CTE can be used as a springboard there as well, for architects, engineers and the like. Either way, if we don’t expose them to CTE, how will they know? Our program opens the door.”

At the very least, Evans said, the Natomas CTE program offers insights to students who will have much more knowledge of the building safety industry than many do now. Students can use those class credits toward graduation, he added, and then do whatever they like with them. “Some may go to college and study engineering, or architecture, or some may go into an apprenticeship program,” he said. “Or maybe something completely different. Now they have the experience to make that decision. There is no ‘either-or’ anymore.”