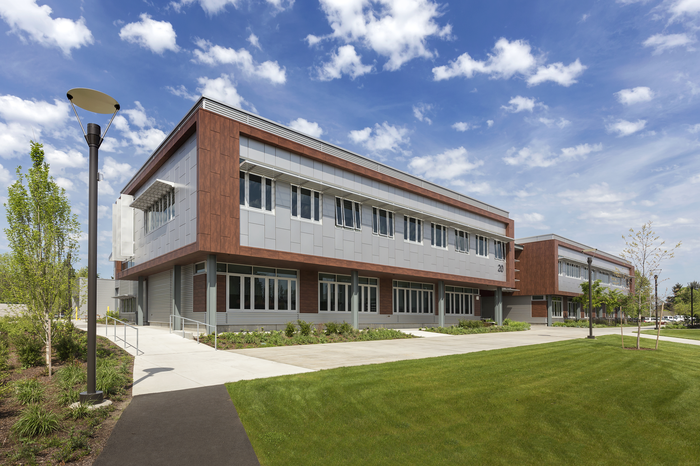 As in many areas of the country, the recession took a toll on construction in the Salem, Ore., metro area, which, in turn, caused a longtime building inspection program at Chemeketa Community College to fold in 2013. By that time, Oregon Building Officials Association member and city of Wilsonville Building Official Dan Carlson already had seen the International Code Council survey showing that building inspectors nationwide were retiring at an alarming rate, leaving a dearth of opportunities nationwide for those qualified to ensure building safety.

A graduate of the Chemeketa (pronounced SHEM-aketa) program, Carlson partnered with longtime friend and Chemeketa colleague Glen Miller, now director of the program. Miller said he first heard of the Chemeketa Building Inspection Program when he became the cooperative work experience coordinator there in 2004. He was put in charge of connecting students to local jurisdictions that would offer internships.

By 2010, Miller would become the dean of the program. But that’s about the time the economy tanked, and work for the building inspection technology students dried up. Still, he and Carlson didn’t lose hope, especially after the latter got wind of the Code Council survey. “In 2015 as I was transitioning into my current position, Dan and I started having conversations about getting the program up and running again,” Miller said. “He was starting to feel the vacuum in the industry as the construction industry rebounded. There were simply not enough qualified inspectors in the area to fill the huge need.”

So the two put their heads together with an advisory committee of building officials in the area to help reinstate the program. Chemeketa officials were convinced, and the program officially restarted for the 2016 fall term, with the first graduates completing the program in June 2018. But it wouldn’t be the same Building Inspection Technology Associate of Applied Science (AAS) degree Chemeketa offered since 1978. This one would take into account all the updated codes — through the Code Council now instead of legacy model code organization the International Conference of Building Officials — codebooks, technology and even “soft skills” necessary to become an effective building inspector.

Although still fledgling, graduates who make it through the two-year course often are snatched up immediately, mostly by counties and municipalities struggling to keep up with construction — and begin earning upwards of $60,000 a year to start. If they stick with it. The course is intense, and students will need to make sure they can do the basic math, reading and writing necessary to keep up, or add some classes to bone up. 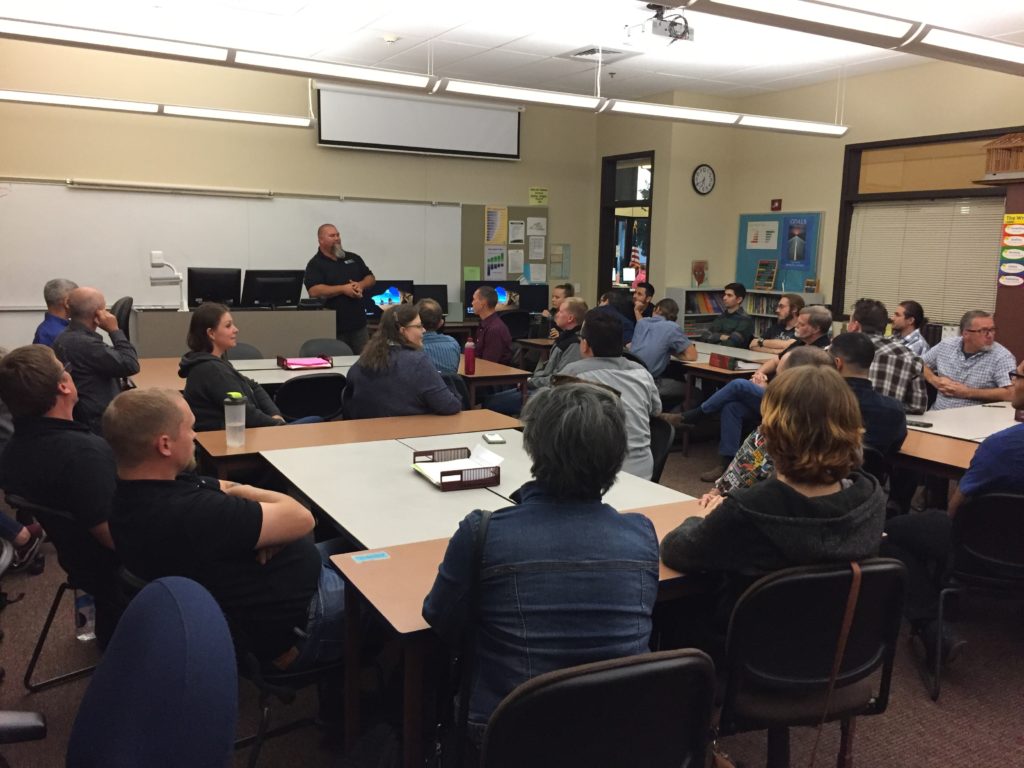 Of the 25 students they cap for the first year, Miller said, about 15 to 18 will move on to the second year, with 10 to 12 graduating. But those who stick it out come away with the knowledge that can set them up for long careers. “The curriculum prepares students to sit for the B1, R3, B2, B3, M1, M2, F3 and the CBO,” Miller said. “Some of the tests are integrated into the curriculum so the exam is the final exam for the course. We have incorporated the use of technology in the program for plan review by teaching electronic plan review. The program aims at those already in the building industry who have decided they’re tired of making a living crawling all over roofs. “For a lot of them, this is a career change,” Miller said.

As such, Chemeketa offers each four-hour class in the evening, he said, so students “still can swing a hammer during the day.” Students also can “attend” remotely, using Zoom on their computers, allowing people hours away to complete the courses. And, Carlson added, the cost of taking the certification exams — often more than $200 each — is rolled into Chemeketa tuition, so graduates don’t have that expense waiting for them.

In the first year, students will be offered information and the pathway to skills necessary for entry-level inspector positions. The application of code knowledge in the inspection process is stressed through the four terms of the certificate program. Students completing the one-year certificate are required to work more than 300 hours on an internship before the second year. Carlson said some students decide to leave after the first year, lured by the already higher salaries they can earn, especially if the employer offering the internship wants to keep them on.

In the second year, classes on building codes, plan review, inspection techniques and construction materials are complemented by courses in mathematics, communication skills and public relations. They can earn up to eight International Code Council certifications, which helps put them on a solid career track with the ability to command a great salary and benefits.

Classes are taught by those working in the field, Carlson said, another big change from the pre-recession program. Since most of the work still is done in the classroom, he has been able to take pictures of knotty issues, such as those with ADA compliance, and bring them into the classroom for a vibrant discussion. Then, there are those “soft skills” the Chemeketa program now brings into the program. For years building inspectors have been seen as the police: “Do it my way, or else.” Now, these instructors work with prospective building inspectors on being more collaborative, explaining why something needs to be done a certain way, and realizing for their customers, time is money.

Carlson, now also an adjunct instructor in the program, said he got into the Chemeketa program in 1994 after a run-in with a building inspector when he was working in construction. “I was framing a house, and the building inspector said he couldn’t approve it,” Carlson remembered. “As we talked, I started asking him how I would get into building inspection. And he told me about Chemeketa. It was an amazing program and has been a great experience.”

Carlson has played an instrumental role in reviving the Chemeketa program after the three-year hiatus caused by the recession, earning him a special recognition award from the Oregon Building Officials Association in 2018.

Carlson and Miller said many in the building industry helped immensely to get the program rolling again, especially Senior Regional Manager Chris Ochoa, who took over government relations in Oregon for the Code Council in 2017. “By that time,” Ochoa said, “Chemeketa was a Code Council chapter and a participant in the Preferred Partner Program. Carlson, then-president of the Oregon Building Officials Association, invited me to first connect with the Chemeketa students during one of their classes via a live link — it was Valentine’s Day, 2018. Since my introduction to the students that night, I’ve had the opportunity to visit at least twice. These are highly motivated students looking to further their careers in the building industry. Almost all have full-time jobs and families and take these classes at night to earn certificates to work throughout Oregon.”

Jim Sayers, commercial plans examiner in Oregon City, Ore., and a director on the Code Council board, said Carlson and Miller are doing an amazing job filling a critical need in the building community, and helping people improve their life situations as well. “As a building inspector, you still get to be involved with all aspects of construction, without the aches and pains,” said Sayers, who often speaks to Chemeketa classes about opportunities through the Code Council. “Dan and Glen are doing a fantastic job. The enthusiasm they have is just amazing. And they are not just teaching students, they are giving them a future.”