The benefits of timber frame houses

Timber framing has a long history. Though examples have been found across Europe, the Middle East and Asia, the earliest archaeological evidence of timber frame construction dates back to around 200 BC in India.

The technique has traveled far and wide. Timber frame construction can be found everywhere from 7th century Tibetan monasteries to medieval Bavarian towns, and from the thatched-roof buildings of southeast England of the 15th century to the Basque architecture of the same period. It has traveled far and it has clearly prospered.

Today, lightweight framed construction (including timber-framed homes, as well as frames made of alternative materials) is the most common construction system used in Australia. 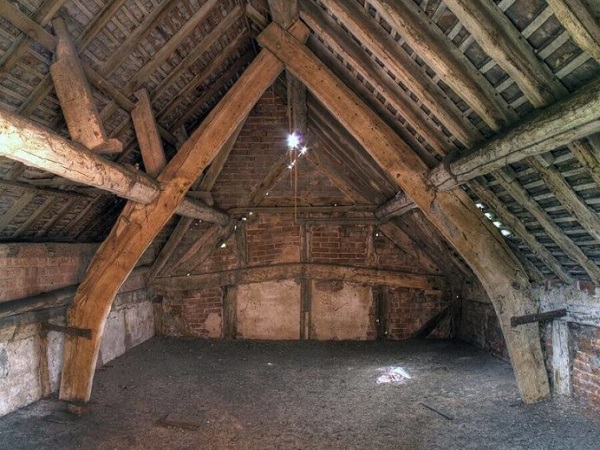 What types of timber are used for timber framing?

In Australia, timber frame houses are generally built with unseasoned timber with a moisture content of 15 percent or less. The timber must be dry because wood with a higher moisture content tends to warp as it draws (as would the frame if it were used). Oak is not considered suitable.

The most common timber used pine framing timber is Radiata Pine, a plantation timber, which is readily available locally. Similar, though less frequently used alternatives for timber frame houses include Hoop Pine and Slash Pine; as well as Class 1 Native Australian hardwoods, such as Ironbark, Merbu, Spotted Gum, and Blackbutt. The cross-laminated timber house is another option. 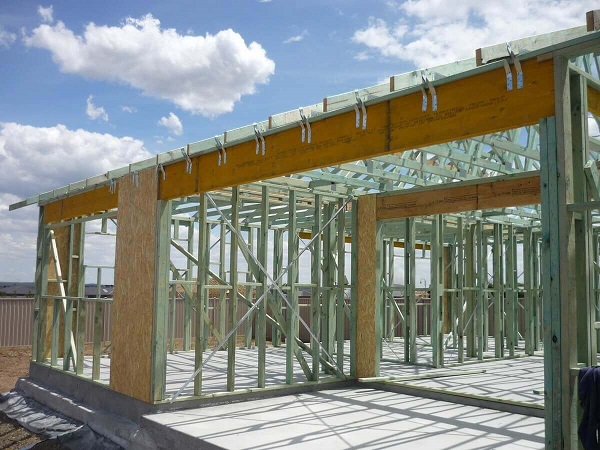 How to build timber-framed homes?

While these days most timber frame construction involves the use of prefab house frames, in some cases the task is still completed on site.

The most common technique used to construct timber-framed homes is known as platform framing. This involves attaching planks of timber (studs) to other pieces of timber that lie across their tops and bottoms (wall plates).

The next step is to ensure the timber has the required stability. This involves attaching a strong and flexible material, usually plywood or oriented strand board, to the outside of these studs; and then fitting struts diagonally between the studs.

At this point, the timber frame is complete, though still lying on the ground. Now it is ready to be raised and lifted into position on the completed foundations. The ceiling joists and roof rafters can now be attached, and the house is ready for utilities to be added; and floors, walls, etc. to be completed.

Stud wall dimensions Australia – how to build a stud wall

In Australia, timber wall frames are typically either 90mm or 70mm deep with 35mm or 45mm thick studs depending on load and spacing — usually 450–600mm. Noggins (spacers) are inserted between studs to provide lateral support. 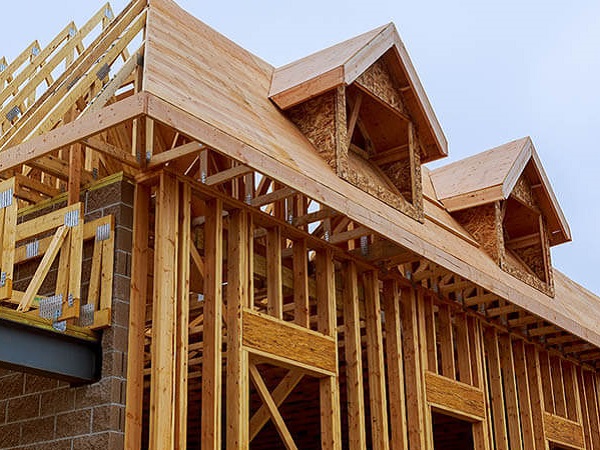 The pros and cons of timber-framed houses

A natural, renewable product, timber is completely non-toxic. It is safe to work with and poses no threat to the homeowner or tenant. And, here in Australia, consumers can rest safe in the knowledge that most timber used in timber frame construction is ethically and sustainably sourced. Consumers concerned with verifying this can check with certifications such as Programme for the Endorsement of Forest Certification (PEFC) or the Forest Stewardship Council.

Timber has a very low embodied energy rating (the lowest of any of the major building materials) and actually stores approximately half its dry weight as carbon. On top of that, it is a good insulator. It has a high R-value and does not act as a thermal bridge, causing unwanted heating or cooling. In short, used sustainability, timber can be part of the environmental solution.

However, timber frame construction does have its downsides. Unlike steel alternatives, it does burn. However, while this is true, it can be noted that it is generally encased by material such as brick (externally) and plasterboard (internally). In a fire, it chars at a predictable rate.

Similarly, while timber-framed homes are susceptible to termites and white ants, the use of a termite barrier system minimizes the possibility of this problem even in areas deemed high risk.

In terms of construction, the news is also all good. Reliable and cost-effective, timber frame houses are well understood by specifiers. Carpenters are well-versed in its use and the system lends itself to changes and variations on-site. It is easy to work with, involves low labor costs and generally poses few difficulties during renovations or extensions.

In the 1940s, the steel frame was introduced as an alternative to timber framing. An undeniably strong and durable material, this method has several benefits. Most obviously compared to timber, steel eliminates the possibility of termite damage, rot and fire.

Riveted and bolted into place, steel-framed houses last longer than timber-framed houses and are less likely to allow movement over time. The simple fact is that this means less chance of problems like cracked cornices and surface splitting.

They also deliver environmental benefits. For example, unlike timber, steel is 100% recyclable. In practice, steel frame products contain up to 40% recycled materials. Also, it makes the practice of sealing around the so-called ‘outer envelope’ of the house – including door frames, window frames and so forth – possible and therefore can help improve insulation and reduce energy usage.

However, there are downsides to the material. Steel frame house problems do exist. Care must be taken when using a steel frame in coastal regions. Wind, sand, and saltwater mean the threat of corrosion is real, even though undertaking regular inspections can identify the problem early.

Also, notwithstanding the fact that a lot of recycled material is used in their production, steel frames do have environmental drawbacks. They are not derived from a renewable source and, because the production of steel is energy-intensive, they rank poorly in terms of embodied carbon.

So, which material comes out top in terms of cost. Timber frame or steel frame?

Those choosing a steel frame can expect to pay more than they would if they chose timber frame construction. This is because of the raw materials involved in its manufacture, the complexity of this process and the fact that it is more labor-intensive. This cost factor extends to the builders working with the finished product. They charge more to work with steel frames than timber ones.

The difference is significant but not enormous. Those choosing steel can expect to pay 10 to 20 percent more than those choosing timber.

Taking the concept of prefab house frames a step further, there are several types of timber frame house kits available in Australia. Most use the latest techniques, such as CAD design techniques and precision manufacturing methods, and are therefore of high quality. Most suppliers offer standard “off-the-plan” models, as well as customized versions.

Of course, houses aren’t the only types of buildings constructed using timber frame construction. It’s not unusual to find a timber frame shed, timber frame pavilions, barns, outbuildings and so forth.

While cost is important, it’s not the only consideration. The choice in the “steel frame vs timber frame” debate is a personal one. Apart from cost, it comes down to things durability, flexibility, workability, and the nature of the project. Regardless of what individuals prefer, both look to have a promising future in the Australian residential market.

This article originally appeared in the Jan. 13, 2021, issue of Architecture & Design and is reprinted with permission.