The staff of the International Code Council’s Government Relations (GR) department participate in many advocacy activities to promote the mission of the Code Council, and the adoption and use of its codes and standards. The mission also includes raising stakeholders and legislator’s awareness of the Code Council’s full family of solutions that aid the regulatory programs of state, local governments and federal agencies. Code Council GR staff follow and participate in the legislative processes of the many state legislatures. They read and track thousands of legislative bills each session, prepare written and verbal testimony, and work with a multitude of stakeholder groups and industry associations to help develop good public policy and to gain the recognition and use of Code Council codes, standards and services.

Through bill analysis, GR staff have opportunities to meet with legislators, discuss the Code Council perspective and provide constructive suggestions to legislators to improve the legislation that they have introduced. One such opportunity occurred during the early days of the 2017 Washington State Legislative session and concluded four legislative sessions later with the passage of an improved bill resulting from the collaboration with many stakeholders, including the Code Council and legislators from both political parties. On June 11, 2020, Governor Jay Inslee signed HB 1165 (an act relating to low-water landscaping practices as a drought alleviation tool) into law. House bill 1172 was first introduced by Representative Tina Orwall (D) of the 33rd Legislative District. Her legislation’s intent was simple: to encourage low-water use and landscaping practices during drought conditions. Representative Orwall learned that some of her constituents were fined by their homeowner or condominium associations because the covenants, conditions and restrictions (CC&Rs) of the association were violated regarding landscaping techniques or the lack of watering use.

The original bill prohibited the penalization of a property owner if they chose to use drought-resistant landscaping and low-water-use landscaping. The bill raised the concerns of condominium and homeowner associations, and others. What ensued was four years of working collaboratively with legislators and stakeholders to arrive at what was passed as HB1165 on June 11, 2020. The work on this bill proved to be very rewarding as legislators from both parties included the Code Council in the meetings of negotiating improved bill language. Bill sponsors considered and included the suggested amendments to the bill brought by the Code Council.

The Code Council GR staff works in various legislative arenas to deliver to its membership the value of raising the profile of all facets of the Code Council, including our important code development work, our organization’s family of solutions, and the work of code officials all across the county to create safe, resilient, efficient, cost-effective buildings. All GR staff are rewarded with the enjoyment brought by successes small and large, as these ultimately help to deliver the mission of the Code Council. 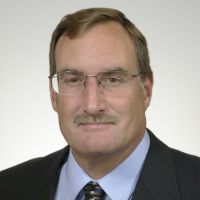