Building & contracting trainees across the U.S. compete in Florida.

The Code Council’s Lee Clifton, Director of PMG Resources/Government Relations, participated as a judge for the plumbing and pipefitting craft competitions. 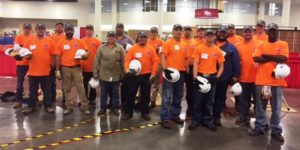 Associated Builders and Contractors (ABC) announced the winners of the 30th annual National Craft Championships (NCC) during its Careers in Construction awards ceremony in Fort Lauderdale, Fla. The ceremony took place March 3 at the conclusion of ABC’s Workforce Week 2017. NCC is a part of ABC’s effort to raise the profile of careers in construction and highlight the $1.1 billion that ABC member companies spend annually on workforce development.

Congratulations to this year’s plumbing and pipefitting competition winners: 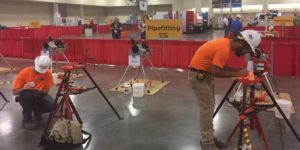 The competition was developed in 1987 to help celebrate and recognize craft training in construction careers. Each year, the competition draws some of the nation’s most talented craft professionals and highlights the important role that craft skilled trades training plays in the construction industry. The National Craft Championships Committee, which is composed of leading merit shop construction firms, plans all year for the two-day competition.