Buildings can be designed to withstand earthquakes

An article on the seismic design of buildings — Buildings Can Be Designed to Withstand Earthquakes. Why Doesn’t the U.S. Build More of Them? — was published this month in The New York Times. It discusses the seismic-resisting design method of base isolation that is being used more widely in Japan than in the United States and notes that “Seismic safety advocates describe this as a missed opportunity to save billions of dollars in reconstruction costs after the inevitable Big One strikes.” Joyce Fuss, president of the Structural Engineers Association of California provided this practical response: “Do we want to be more like Japan and are we willing to pay the price? A lot of people would say ‘no’ and maybe some people would say ‘yes.’” One thing is clear, the conversation about changing how we design buildings for seismic events has been gaining momentum for a while, and the International Code Council is on standby to facilitate putting that conversation into action.

The article states that:

Efforts in the California Legislature to strengthen seismic laws faltered last year. A bill that would have mandated that buildings be functional after an earthquake was watered down in committees and then vetoed by the governor at the time, Jerry Brown.

Yes, last year’s efforts in the California Legislature did not come to fruition, but they have made a comeback this year. California State Assemblymember Adrin Nazarian reintroduced the bill in this year’s new legislative session as AB 393. AB 393 has passed out of the Assembly and is pending in the Senate. The bill would require that the California Building Standards Commission assemble a working group to consider whether a “functional recovery” standard is warranted for all or some building occupancy classifications, and to investigate the practical means of implementing that standard, all to be completed by June 30, 2021.

Also, the National Earthquake Hazards Reduction Program Reauthorization Act of 2018 requires that a committee of experts be convened and submit a report on recommended options for improving the built environment and critical infrastructure to reflect performance goals in terms of post-earthquake re-occupancy and functional recovery time, all to be completed no later than June 30, 2020.

Given the amount of activity and discussion regarding seismic functional recovery, the Code Council and the California Building Officials are hosting a Seismic Roundtable at the California State Capitol in Sacramento on July 25, 2019, to bring together subject matter experts and interested parties from the West Coast and across the country for a full-day discussion on the development of a nationally applicable approach to seismic functional recovery for new construction. Attendees will have an opportunity to provide feedback to shape this effort going forward. The objectives of this event are to facilitate communication between organizations and representatives from local, state and federal agencies to better understand each other’s work in the area of seismic science and technologies for new construction, and to facilitate collaboration and sharing of ideas to best coordinate efforts and streamline progress toward achievable functional solutions. A report with the findings of this seismic roundtable will be published and made public.

Click here to read the full article from The New York Times. 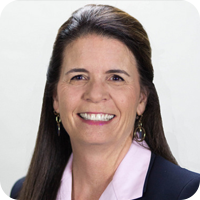