The Federal Emergency Management Agency’s (FEMA) recently released 2017 Hurricane Season FEMA After-Action Report offers a candid look at what the agency did well and where it needs to improve. The report details FEMA’s response to the 2017 hurricane season, in which a catastrophic series of natural disasters hit in rapid succession, surpassing the agency’s expectations and preparedness efforts.

The report focuses on the three major hurricanes to impact the U.S. in 2017: Harvey, which made landfall in Texas on Aug. 25; Irma, which struck the Virgin Islands on Sept. 6 and the Florida Keys thereafter; and Maria, whose primary targets were St. Croix and Puerto Rico on Sept. 19 and 20. Each hurricane was among the top-five costliest hurricanes on record, and collectively caused $265 billion in damage.

In response, FEMA obligated more than $21 billion, and in its response and recovery efforts deployed 17,000 FEMA and federal Surge Capacity Force personnel and nearly 14,000 staff from the U.S. Department of Defense. But the report details several areas where the agency can improve: the agency experienced significant personnel shortages as it entered into the hurricane season, lacked critical aid supplies and had trouble coordinating logistics while responding to Hurricane Maria’s devastation in Puerto Rico.

The report stresses the importance of building a culture of preparedness at the individual, family, state, local, tribal, territorial and federal levels. It also directs the agency to work with and encourage state and local governments to invest in more resilient infrastructure and “encourage adoption and enforcement of modern model building codes.”

On July 18, FEMA Associate Administrator for Response and Recovery Jeffrey Byard testified on the report and FEMA’s readiness for the 2018 hurricane season before the U.S. House Transportation and Infrastructure’s Subcommittee on Economic Development, Public Buildings and Emergency Management. Byard’s written testimony highlights the importance of land use planning and local building codes in pre-disaster mitigation, stating that “[c]odes and standards are only as good as the mechanisms in place to enforce them.”  Byard also offered the agency’s support for the goals of ICC-supported legislation currently before Congress that would shift funding to pre-disaster mitigation and provide new resources for modern building code adoption and enforcement, both pre- and post-disaster. 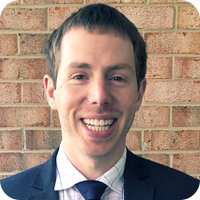