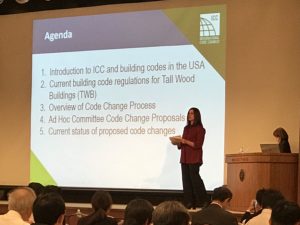 The 30th semi-annual meeting of the Japan Conference of Building Administration (JCBA) was held in Kagoshima Prefecture in early November 2018. As a counterpart organization that was instrumental in the establishment of the JCBA, the International Code Council is generally invited to participate as a presenter of a special educational session during the meeting. This year, ICC Global Services Vice President Judy Zakreski attended to present an update on the changes to the International Codes related to tall wood buildings that are currently under consideration.

The educational session was well attended and sparked significant interest among the attendees. Revising the Japanese building code to allow for the use of wood and cross-laminated timber is a current topic of conversation within the Japanese building regulation community — particularly as more than 65 percent of the country is forested, covered primarily with coniferous trees.

The JCBA is a membership organization comprised of building officials representing cities and prefectures throughout Japan. The members are responsible for implementation and enforcement of the national building code of Japan. The JCBA was originally established in 1990, and was modeled on one of the Code Council’s predecessor organizations, the International Conference of Building Officials (ICBO). Representing ICBO, former President Jim Bihr and former ICC Deputy Vice President of International Services and Business Rick Okawa attended the inaugural meeting and kicked off what has been nearly 30 years of cooperation between Japanese and American building safety professionals.

The organizations have provided technical expertise and assistance to one other in the wake of major earthquakes, including the 1994 Northridge earthquake in the United States and the 1995 Hanshin-Awaji earthquake in Japan. In recognition of the contributions made to the Japanese building safety industry by the Code Council and ICBO, John Nosse, the former president of ICC Evaluation Service (ICC-ES), and Rick Okawa were each presented with the prestigious Minister’s Award — a rare honor for foreign nationals in Japan.

The Code Council and JCBA continue their friendly exchanges during each organization’s annual conference. The Code Council is also engaged in ongoing cooperative activities with the Building Center of Japan, a counterpart organization to ICC-ES and fellow member of the World Federation of Technical Assessment Organizations and the Ministry of Land, Infrastructure, Transportation and Tourism, which is responsible for creating and updating the national building codes in Japan. 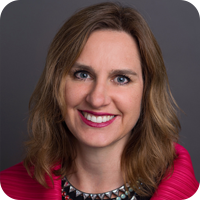