Palm Beach County Planning, Zoning and Building Department Director Doug Wise talked about the successes and challenges facing a large department like Palm Beach County’s, which has hundreds of employees and serves one of the largest and highest growth counties in the country. Sims, who served as executive director of the department for several years prior to being hired by the Southern Building Code Congress International, saw many familiar faces and met with several of the newer “rising stars” of the department.

Code Council staff then visited the Jupiter Building Department and met with Director Roger Held who provided a tour of the department and updates on its move to performing all services digitally. Jupiter has also experienced exponential growth in the past few decades.

The Florida visit concluded with a meeting at The Home Depot at its Delray Beach training facility to explore expanding its partnership and identifying additional avenues for collaboration to promote building safety during the month of May through the Code Council’s Building Safety Month and throughout the year. 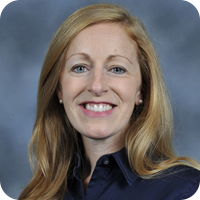