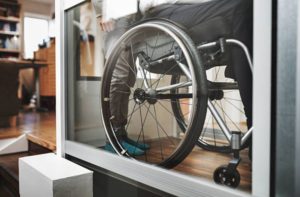 More than 30 organizations and businesses announced their support for the U.S. Department of Housing and Urban Development’s (HUD) proposed rule to recognize the 2009 ICC A117.1 Accessible and Usable Buildings and Facilities standard (2009 ICC A117.1), 2009 International Building Code (IBC), 2012 IBC, 2015 IBC and 2018 IBC as “safe harbors” for compliance with the Fair Housing Act’s (FHA) accessibility requirements.

Spearheaded by the International Code Council, the coalition’s statement notes that existing safe harbors are now outdated as compared to updated building code requirements and are applicable to only one state with statewide adoption of the IBC.  The current system of compliance may result in noncompliance with updated codes, which makes HUD’s proposal to broaden its list of recognized safe harbors a critical decision.

“Our organizations strongly support the U.S. Department of Housing and Urban Development’s (HUD) proposal to recognize the 2009 ICC A117.1 standard and the subsequent IBC editions as ‘safe harbors,'” said Code Council Chief Executive Officer Dominic Sims, CBO. “As we look forward to recovering from the COVID-19 pandemic, expanding the list of safe harbors to the most recent edition of the IBC will have immediate positive implications for the government, the accessibility community and the construction industry.”

“The American Institute of Architects (AIA) congratulates FHA on this important update to its policies by including updated standards for accessible design and construction,” said AIA Consultant on Codes and Standards David S. Collins, FAIA. “Our policies call for comprehensive, coordinated and contemporary codes and standards. Recognizing ICC’s codes and its standard for accessibility as safe harbor enhances the possibilities for everyone.  Projects including housing in the United States will be greatly benefited by providing clarity for designers and the entire construction industry, builders and developers, as well as communities that adopt and enforce these codes and standards.  The AIA is proud to have played a part in the creation and refinement of these documents that ensure improved accessibility for all.”

The comment period on HUD’s proposed rule closed April 13, 2020. HUD will now consider comments received and issue a final determination on these issues.

Adopted in all 50 states, the IBC, developed by the International Code Council, has become the most widely used model code in the United States and in many other countries. Updated on a three-year cycle, the 2012, 2015 and 2018 IBC editions reference the ICC A117.1-2009 for technical requirements for residential accessible design. The Code Council finalized a subsequent A117.1 accessibility standard in 2017. HUD has previously granted safe harbor for the 2006, 2003 and 2000 (with 2001 Supplement) editions of the IBC, Code Requirements for Housing Accessibility (CRHA), as well as the 1986, 1992, 1998 and 2003 editions of the A117.1 standard.

Many states and local governments adopt current code and standard editions after their publication, such that the Department’s safe harbor list will require periodic updates in order to keep pace with building requirements in much of the U.S. The proposed rule would establish a procedure to evaluate new editions of codes and standards against the FHA’s accessibility requirements to help the Department’s safe harbor list to stay current.