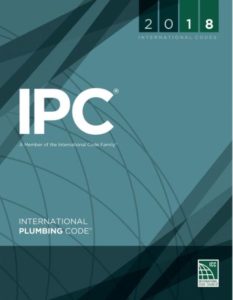 Mayor Jim Kenney signed the bill on Sept. 17, 2019, completing a process that began in 2017, when he signed an executive order for the reestablishment of the Plumbing Advisory Board to propose substantial updates to the Philadelphia Plumbing Code. The new code helps ensure transparency and consistency in the city’s plumbing infrastructure and incorporates the latest technology to promote cost savings, energy efficiency and water conservation. The updated city code also retains some of the current provisions of the Philadelphia Plumbing Code, such as those related to single stack waste and vent systems, to provide consistency when altering existing buildings.

“Building codes affect everyone who lives, plays, works and goes to school in and around buildings. In other words, it affects every one of us,” said Mayor Kenney. “That’s why the city of Philadelphia is taking the lead to make sure our building codes are fully up-to-date.”

“According to a comprehensive independent study performed by Henderson Engineers and Hatch’s Sustainable Economics group, counties that applied the IPC over the past 12 years have saved $38 billion in construction costs, emitted one million fewer tons of carbon dioxide and realized 166,000 additional jobs,” said Code Council Chief Executive Officer Dominic Sims, CBO. “Philadelphia has taken a major step toward promoting public health and safety and strengthening the city’s economy by updating their plumbing code based on the IPC. The Code Council has been working closely with stakeholders in Philadelphia to provide assistance as needed for this important modernization.”

The International Code Council Family of Solutions offers model codes, standards services and resources related to plumbing, mechanical, fuel gas and swimming pools/spas. The IPC is in use or adopted in 36 states, the District of Columbia, Guam and Puerto Rico.  Click on the links below for more detailed information.

In addition to the plumbing code, during the event Mayor Kenney also signed an amendment to Title 4 of The Philadelphia Code, entitled, “The Philadelphia Building Construction and Occupancy Code,” officially adopting the 2018 International Fire Code (IFC).  The IFC is used or adopted in 42 states, the District of Columbia, Guam, Puerto Rico and the U.S. Virgin Islands. Click on the link below for more detailed information.