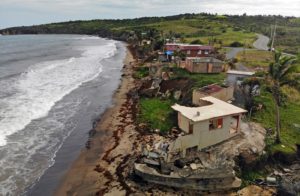 Based on the need to start the reconstruction efforts in Puerto Rico as soon as possible, the Caribbean island and U.S. territory will undergo an emergency adoption of the International Code Council’s 2018 International Codes to address the island’s new climatic realities revealed by the impacts of hurricanes Irma and Maria last year. The decision complies with the public policy established by the government of Puerto Rico. The adoption date has been set for Sept. 27, 2018.

Following the adoption, Puerto Rico’s Permits & Endorsements Management Office (Oficina de Gerencia de Permisos or OGPe by its Spanish acronym) announced that Puerto Rico will continue with the process established by law, with a public hearing to receive comments from the general public, and review and evaluation of any important matters raised at the hearings for possible inclusion as amendments. The Public Hearing will probably be scheduled by the end of October 2018 or later.

Puerto Rico adopted the 2009 edition of the International Building Code (IBC) in 2011, which requires residences withstand 140 mph winds, characteristic of a category 3 storm. However, the majority of legally built homes on the island were built prior to 2011 — using the Uniform Building Code that only required residences to withstand 125 mph winds, adopted after Hurricane Georges pummeled Puerto Rico in 1998 — and were “grandfathered” in. Worse still, many homes on the island fall into what’s called “informal construction” — built to no standard whatsoever.

With gusts reaching 175 mph or more, Hurricane Maria was a category 5 storm that wreaked havoc on the island and was the most catastrophic hurricane to hit Puerto Rico in a century. It left 70,000 homes destroyed with another 180,000 houses sustaining minor to moderate damage, according to data from the Federal Emergency Management Agency (FEMA).

In April, FEMA’s Mitigation Assessment Team recommended that the island adopt the 2018 IBC after studying the impact of Hurricane Maria on buildings in Puerto Rico. The report, published this summer, highlights the team’s observations across the island and makes recommendations on how to improve in the future and ensure a better preparation for a next major event. The team, which carries out this work after each catastrophic event, performs the engineering analysis to see the damage to government facilities, homes, businesses and other structures, and determine the causes for the structures to fail or resist. After Maria, they evaluated hospitals, schools, shelters, power generation plants, water treatment plants and municipal buildings. They observed that most of the damage responded to the fact that the security and protection systems of windows and doors were not applied uniformly in residential, commercial and industrial structures. They also found mixed results in rooftop systems. The Mitigation Assessment Team will recommend increasing the resistance against winds of greater intensity than the current code, which has a minimum speed of 145 miles per hour.