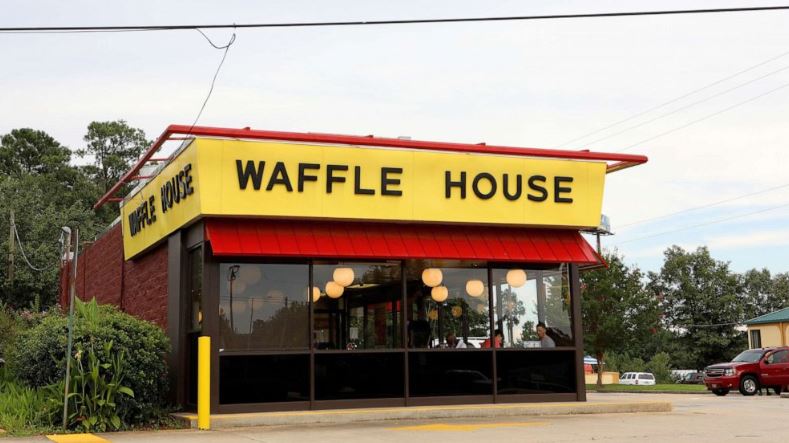 Things must be bad. Waffle Houses are closing.

Lauded by the Federal Emergency Management Agency (FEMA) as one of the companies they dub “role models in disaster preparedness,” the Georgia-based, 24-hour restaurant chain is an unofficial barometer of how bad things are in times of crisis. On March 25, Waffle House announced the closure of 418 locations due to the coronavirus (COVID-19) pandemic that — according to an informal metric known as the Waffle House Index — reflects the severity of this pandemic and the impact it will have on local communities.

The term was coined by former FEMA Administrator Craig Fugate in May 2011, following the 2011 Joplin tornado, during which the two Waffle House restaurants in Joplin remained open. “If you got to an area and the Waffle House is open but there’s a limited menu, you knew you had power outages that were compromising freezers,” explained Fugate during a 2018 interview. “If you got to areas where the Waffle House was closed, that’s not a good sign. That’s probably a place you need to start going to work.”

“If you get there and the Waffle House is closed? That’s really bad…” 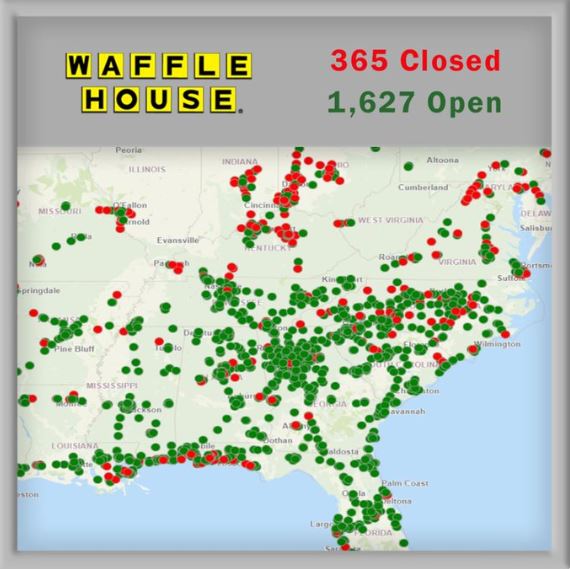 The chain had been planning to stay open, but on March 18 it reported that restaurants were open for to-go orders, and on March 24 announced “Waffle House Index Red” and that it would close 365 stores, with 1,627 remaining open. On March 25, that number increased to 418 closed stores, with 1,574 open remaining open.

“During significant weather events such as hurricanes, we have used a systematic approach of utilizing our available resources to help recovering communities get back to normal as quickly as possible,” Waffle House representatives said in an interview. “Out of that approach, a measuring criterion known as the Waffle House Index has been born. The Index typically has been used to gauge the level of impact to the communities affected by natural disasters or storms. Never has the Waffle House Index been used to track the effects of an event that was not weather-related, until now.”

If Waffle House is closing restaurants to prevent or delay the spread of the coronavirus, according to the Waffle House Index, the closures reflect the severity of the situation and the impact the pandemic could have on local communities. The hundreds of shuttered Waffle House locations are scattered throughout the entire country, from Louisiana to Ohio.