The magistrate judge’s report is an important development in ICC-ES’s litigation against IAPMO, but it is not a final decision and will be reviewed by the District Court Judge who will issue a separate decision.

ICC-ES also argued that IAPMO infringed their copyrights in these works through the creation of competing IAPMO evaluation reports and acceptance criteria (Accused Works) that were undisputedly created by copying material from each of ICC-ES’s copyrighted works. Although the magistrate judge stated that IAPMO “overtly copied and repurposed competitor work[s]” in “shades of The Colbuffington Re-Post,[1]” he recommended that ICC-ES’s copyright infringement claims related to the Accused Works proceed to trial. Likewise, although the magistrate judge recognized that ICC-ES “proffer[ed] a wealth of evidence suggesting [IAPMO] knew they were infringing upon [ICC-ES’s] copyrights,” he recommended that the question of whether IAPMO’s infringement was willful be decided by a jury. The report also rejected IAPMO’s arguments that it was entitled to summary judgment, that ICC-ES’s works were not protectable, and that IAPMO’s use of ICC-ES’s works constituted non-infringing fair use.

After the report issued, IAPMO moved to seal the report from disclosure to the public, claiming that it contained “sensitive business information and trade secrets.” The magistrate judge denied IAPMO’s motion because “evidence of [IAPMO’s] impermissible copying and storing [ICC-ES’s] work—the central copyright infringement allegations in this case—are not the type of business practices in which Defendants have a proprietary interest.”  The full text of the report is available here.

Find out more about ICC-ES’s lawsuit against IAPMO.

On Jan. 13, 2016, ICC-ES, a member of the International Code Council family of solutions, filed a lawsuit against IAPMO in the United States District Court for the District of Columbia for copyright infringement of ICC’s proprietary evaluation reports and acceptance criteria. 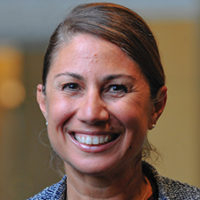 Melike Oncu is general counsel for the International Code Council. In her role, Oncu serves as a member of the Code Council senior management team and oversees all legal affairs for the Code Council and its family of solutions. Oncu holds a juris doctorate from George Washington University and a bachelor’s degree from Lafayette College. She began her legal career as a corporate attorney with the law firm White & Case, LLP. She also served as counsel for the law firm of Bingham McCutchen, LLP.