Hello, my name is Stephen Jones and I’m a recovering code official. Sometimes it feels like I had an addiction that I needed to be cured of instead of supported. After almost 26 years of being a code official, some habits are tough to break. It was with mixed emotions that I retired in late 2017.  I loved my job and I always looked forward to the challenges that each new day brought… even if some days I didn’t really want to get out of bed. However, I found that there really was life after being a municipal official! Six months after sitting around contemplating my navel, I was fortunate to be hired by the International Code Council as the government relations regional manager for North Carolina, South Carolina and Tennessee. Timing turned out to be everything as my wife and I had moved to South Carolina two months after my retirement. I found that I loved my new position even more than I did being a code official. After a couple of months at my new job, I took on the added responsibility of representing New Jersey. As Al Pacino said in Godfather III, ‘Just when I thought I was out, they dragged me back in.’ It was like putting on an old comfortable show… somehow it just fit. My role has given me some insight as to how various states handle code enforcement and where the code official or building official fits within their governmental hierarchy. Each state handles it slightly differently, however, some truths remain constant: lack of funding, lack of staff and often, lack of understanding. 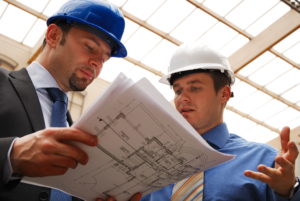 As a former code official I was involved with code development and/or enforcement at the municipal, state and national levels. Several things have become abundantly clear over the last few years; our jobs are changing and our ranks are dwindling. Change is not always a bad thing. When I switched from regular coffee to decaf I found that I could actually get some sleep at night and my co-workers were also greatly relieved. Sometimes change can highlight new opportunities or challenges for us to capitalize on or overcome. Although there are those among us that are sometimes reluctant to change, preferring rather to dig in their heels and resist any forward movement, progress is ultimately going to be made. I welcome change and view it as an opportunity to educate, inform and advise; not something to be feared or opposed.

However, for some code officials, the thought of having to adapt to new technologies or roles within their communities often proves problematic. Resistance can result from reluctance to change an entrenched process, a failure to recognize the potential benefit derived, or often a lack of trust in the system or method proposed. This reluctance can be a result of not having included the code official in the rationale behind the change or by not providing the right amount of training needed to allow those involved to feel comfortable with the process. In order to increase their overall value to a community, code officials are obligated to keep themselves educated and up-to-date on the most current codes and trends in their respective construction fields. Further, it is incumbent upon the code official to help to bridge those barriers that often present themselves during development process by being a resource to both the elected officials and the design community as well. A well-informed and adept code official is an invaluable resource to a community and one that should be utilized for all the resources they can provide.

Not surprisingly, I often find that a vast majority of my contemporaries would prefer to stay out of the spotlight, opting instead to keep their heads down and just do their job. There is nothing wrong with that except that code officials often have so much more to offer. Code officials rarely get any recognition for what they do and that is often the way they like it. Code enforcement is not sexy. It does not make headlines; that is, of course, unless something goes wrong. In those rare cases, code officials are often dragged out and pointed to as being the alleged failure point or impediment on a project or development. Little do people realize that code officials are the eyes and ears of the owner and the design professionals. Code officials are there to make sure that minimum compliance to the appropriate codes or standards is achieved and public safety is ensured. Code officials are often referred to as “Silent Defenders”. Their work goes primarily unnoticed; yet, countless lives have been saved over the years because “nothing happened”. Buildings did not collapse. Fires did not happen. No one got hurt. Fortunately, we here in the United States do not live in fear of our buildings or structures collapsing or failing. The same cannot be said for other locations around the world. Time and again, studies have shown that a robust code enforcement program saves time and lives. 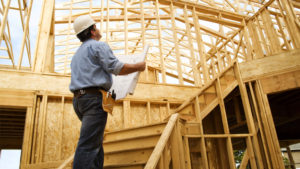 Through the use of an open and transparent, governmental, consensus-based development process we found the way to make our buildings safe a long time ago. Now it appears that the current trend in code development is based primarily on incorporating new technologies and enhancements within the construction sciences. Unfortunately, technology continues to outpace code adoption and development. The perpetual lag between development and adoption often poses a hardship for owners, design professionals and the rest of the construction team as well. It should be noted that technological advances often result in cost savings and more efficient construction practices. Staying current on technology is one of the reasons why jurisdictions benefit from adopting the most current versions of codes. In the interim period between code adoptions, new technologies and advances can be utilized if they have had the benefit of being evaluated and approved by an agency such as the ICC Evaluation Service.

Effective code enforcement should not be viewed as an impediment to responsible development. Instead, a robust, well-trained and appropriately staffed code department can be a huge economic driver for development in a community. As a code official, my department was twice interviewed by Fortune 500 companies in order to see if we were adequately staffed and trained to handle proposed developments within my community. Providing timely and appropriate service encourages development and helps to dispel the perception that code officials do nothing but stand in the way. Unfortunately, inaccurate “Urban Legends” or unconfirmed anecdotal tales often depict code officials as tyrannical, power-hungry ogres. Nothing can be further from the truth. Granted, there may be some who view themselves as “Masters of All they See”, but these are the exceptions and certainly not the rule. Responsible development equals tax-ratables and revenue generation so anything that can help streamline the approval process is often encouraged and frankly, expected. That is where the educated code professional comes in.

Successful and responsible development does not happen in a vacuum. More and more design teams are reaching out earlier in the process to involve the local code officials from the very beginning stages of design. The inclusion of the code official as early as possible helps to not only familiarize them with the extent of the proposed development but also affords an opportunity to discover potential issues or opportunities for change; often prior to the regulatory approval process and certainly long before the completion of construction drawings.

However, I would suggest that the time to meet your local code official is not when you are planning your next big project. Most code officials come from one of the various construction trades. Their knowledge is often vast and untapped. They can be an invaluable resource for local information or conditions to be wary of. The most successful projects are often based on a fully integrated and collaborative effort between all parties involved; especially the code official. 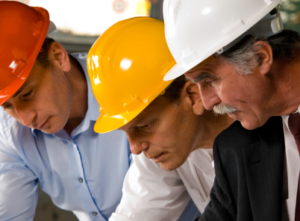 With that being said, I challenge both my fellow code officials and design professionals to reach out to each other. Attend each other’s meetings as either a guest or speaker. The exchange of information or ideas only helps to make each of us better at what we do. As technology increases and the rapid exchange of information continues to literally expand at light-speed only those that embrace the “new normal” will succeed. It is truly my hope that in this coming year we collectively find more opportunities in which we can find mutual areas of interaction instead of continuing to operate in our own isolated silos.

I know that more new and exciting opportunities for interaction and cooperation between code officials and design professionals across the overall construction spectrum are just on the horizon. As such, the International Code Council will continue to work with both the American Institute of Architects and the National Institute of Building Sciences to explore these opportunities. Remember, we work best when we work together. 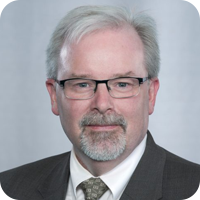 Stephen D. Jones, MS, CBO, MCP, NJCEM, is a Government Relations senior regional manager with the International Code Council responsible for the states of North Carolina, South Carolina, Tennessee and New Jersey. A certified building official, Jones has more than 35 years of construction industry experience. He is a past president of the International Code Council’s Board of Directors (2013–2014) and a former member of the International Accreditation Service Board of Directors. Jones is a sitting governor for the World Organization of Building Officials, and a former member of the Board of Direction for the National Council of Governments on Building Codes and Standards for the National Institute of Building Sciences. A licensed code official in the state of New Jersey since 1988, Jones served as the construction official and deputy emergency manager for the Township of Millburn/Short Hills and the Borough of Florham Park, N.J. He is a past president of the Morris County Building Officials Association and the Building Officials Association of New Jersey and has served on numerous state and national code-related committees, including the New Jersey Code Advisory Board Building Subcode Committee and the Peer Review Board. In 2007, he was honored as the State of New Jersey Department of Community Affairs Inspector of the Year, and he holds the prestigious title of “Honorary Kentucky Colonel.” Jones has a bachelor’s degree in applied science and technology, a graduate certificate in homeland security from Thomas Edison State College, and a master’s degree in homeland security and emergency management from Thomas Edison State University.