Climbing the mountain to MCP certification 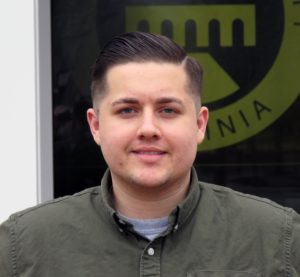 Gaining a Master Code Professional (MCP) certification from International Code Council is for some, a life-long aspiration, not to mention, it is a prestigious honor that comes with a high-level of commitment to the code profession, excellence in the diverse knowledge of codes and an intense drive of determination for success. Presently, there are less than 900 MCPs worldwide and Paul Messplay is one of them.

His self-discipline, drive and determination; the support from his family, co-workers and supervisors; and his love of the challenge enabled him to achieve his personal goal within a year.

What makes this achievement so notable is that Messplay is only 30 years old. While maybe not the youngest to have ever received the MCP certification, it is certainly an accomplishment worth recognizing as he has less than five years of professional employment in his field. The MCP certification has primarily been awarded to a prestigious group of professionals who have more years of practical application and experience than Messplay. Obtaining his MCP certification in such a short period of time, to say the least, is impressive, and he credits much of this achievement to his strong belief in setting goals.

When Messplay set out to chart his career goals for college and beyond, building codes were not even in consideration. At the time, he didn’t even know that there was such a thing as a building inspector or code officials. His line of interest was to receive a bachelors’ degree in political science and international social justice studies. From there he received a master’s degree in public administration, with an emphasis in strategic planning and non-profit management. Showing glimpses of a future path, he was also a member of the prestigious Pi Alpha Alpha National Honor Society.

With graduation in the rear-view mirror and not a lot of opportunity for a public administrator, he went to his grandfather with his frustration of the lack of employment opportunities in his field. His grandfather had spent most of his career within the construction business, and Messplay asked him if he would be interested in coming on-board to renovate a house together that they could flip and sell. The request was two-fold as Messplay thought that not only would his grandfather’s knowledge be valuable, but that it may help to lift his grandfather’s spirits after the loss of his wife.

The two liked flipping houses so much that it turned into a full-time business. Brick & Mortar: Heritage Homes had four full-time employees, Messplay and his grandfather who became more of an advisor. Messplay loved the business of renovating homes, but with a baby on the way, he decided to scale back on his business and look for a more permanent, year-round position that offered benefits. His experience of owning his own renovation company helped him to land a job with Henrico County, Va., as a building plans reviewer. During his year and a half at Henrico County he learned of the International Code Council and received his first certification for Residential Plans Examiner.

Soon Messplay and his wife were looking for a place to buy a home of their own and raise their family. They considered Hanover County because the housing market was affordable with good schools. About the same time that they found a home, a position for a residential plans reviewer with Hanover County became available and within a month after their move, he was hired in May 2017.

He soon became involved with the Virginia Building and Code Officials Association (VBCOA) and is currently serving as Region VII chair. The association is in the planning stages of building a partnership with private businesses and technical centers to raise awareness with the younger generation about the building code industry. Messplay realizes that many younger people who may be interested in the building industry don’t know that they can make a career as a building inspector, code official or plans reviewer.

A whole generation of building professionals will be retiring soon and there will be a void to fill. The goal of the VBCOA is to create awareness of building code enforcement careers in hopes of training the next generation. The growing interest in resiliency, the environment and sustainable building materials taps into the younger generation, who are in tuned into ways to work with improving the environment and eager to learn how to be more energy efficient. It is those young emerging professionals who may be interested in carpentry, construction, solar energy and other fields, who are prime candidates to train and teach about building safety and how they can become certified through the Code Council and have a successful career in the industry.

Having obtained the prestigious MCP certification at 30 years of age, what’s next for Paul Messplay? In addition to raising the tide and encouraging the next generation to consider a career in the building safety industry, he has his sights on becoming a building official.