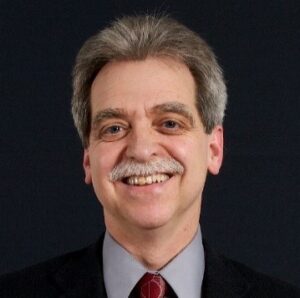 Duane Jonlin, FAIA, the incoming chair of the International Code Council’s Commercial Energy Code Consensus Committee, has identified what he believes is a winning strategy for encouraging jurisdictions to adopt international standards for improved energy efficiency. He calls it “the Seattle approach,” and it involves jurisdictions implementing the most impactful code provisions available, and then afterward working with all the affected parties to help them make a successful transition to the new standards.

Jonlin, an energy code and energy conservation advisor to the Seattle Department of Construction and Inspections, said he recognizes that such a bold approach is not popular among builders and developers, but as the effects of climate change factor increasingly into the long-range planning of communities around the world, the need for decisive action is more acute than ever. “There’s an urgency about dealing with the climate crisis now because it’s looming faster than we had imagined it would,” Jonlin explained. “The committee is charged with charting a sensible path forward to achieve higher levels of energy efficiency in order to keep pace with the environmental changes we’re seeing.”

Jonlin said that Seattle is an example of how a code-first strategy can be successful when proponents are able to enlist support from government and industry leaders in the jurisdiction. In an article he recently wrote for Façade Tectonics, Jonlin described how Seattle smoothed the transition to the city’s new environmental standards — for example, by pushing back the implementation date on a new heat pump provision that gave designers and contractors time to adjust, and by working with the region’s utility consortium to develop a standard specification for water-heating systems with central heat pumps.

Formerly a principal with the Seattle-based architecture and planning firm NBBJ Design, Jonlin has more than 30 years of experience as a technical architect on institutional projects in Washington state, California, Alaska and the District of Columbia. He thinks that’s a big part of the reason he was selected to chair the consensus committee that will be reviewing proposed changes to the commercial provisions of the 2024 International Energy Conservation Code. “I spent most of my career in the private sector, so I have a lot of understanding and sympathy for the impact that these code requirements have on the design and construction side of things,” Jonlin acknowledged. “It’s interesting that the ICC chose me to lead this committee, because it strongly suggests to me that they want to bring in new perspectives.”

Jonlin likens the Code Council’s approach to Abe Lincoln’s decision to staff his presidential cabinet with people who disagreed with him on many key issues, as a way to forge a stronger consensus. “As chair, I’m going to have to pivot from being an efficiency advocate to being more of a referee, making sure that the process is fair and that everybody gets heard,” Jonlin observed. “There can be some resistance to change within the design and construction industry because they tend to want to keep doing things the same way. We’re striving for consensus to the greatest extent possible while still making necessary progress.”

Jonlin said that, in his opinion, one of the most important energy-related issues we are facing today is a lack of farsightedness. “The timeline from the start of code change discussions to the construction of the first new buildings under that approved code could be six or seven years, and that code will stay in effect for at least three more years after that,” Jonlin explained. “That means, in a decade we will still be constructing and opening new buildings based on the decisions that we reach today. It’s conceivable that that building envelopes that we are designing today will still be in use, unchanged, longer than any of us are alive. Given that climate change appears to be accelerating, it’s therefore essential that we make serious progress on our energy efficiency standards up front to ensure that the buildings that are constructed in accordance with them meet the needs of that future.”

“We need to be thinking about how buildings will be performing in 2050 and begin designing building envelopes to that level right away,” Jonlin reiterated. That means looking at factors such as the improved control of air leakage around windows and through curtain walls, for example.

Even as energy conservation codes gradually become stricter around the world, Jonlin believes there is still abundant room for innovative solutions that don’t impose undue restrictions on design choice, such as efficiency credits and focusing on overall system performance rather than on the ratings of individual components. “When we set a standard, we need to also find ways to allow a fair amount of leeway for meeting that standard,” he said. “That’s probably going to become an increasing part of our industry’s approach to energy efficiency standards as well.”

“I’d like to see our committee keep that really big picture in mind as we deliberate, so that ultimately it’s not a question of whether we’re going to transform the building sector through the adoption of high-efficiency, low-carbon standards, but rather, how we’re going to achieve that transformation by using the code change process to get us there in the strongest and healthiest shape we can,” Jonlin explained. “I know it’s not going to be easy, because our committee reflects a wide range of divergent views — as it should. But like Lincoln’s cabinet, we are going to try to find ways to work together so that we make sound decisions that will continue to make a difference long after us.”