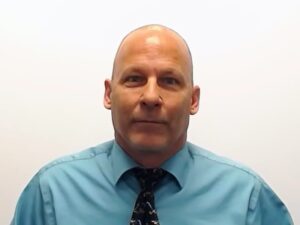 Some 20 years ago, Richard Grace decided he’d had enough of working as a field electrician. He wanted to get into code enforcement. “I’m a very logical person,” said Grace, code specialist III for Fairfax County, Va. “Codes and logic go hand in hand. If you change the wording, even with a two-letter word, it can change the meaning of the whole code.”

Grace started out as a plan reviewer in Prince William County, Va., and after a few years, moved on to the same position in Fairfax County. There, he connected with former International Code Council Board President Guy Tomberlin, CBO — formerly the branch chief of residential and light commercial inspections for the Fairfax County Department of Public Works and Environmental Services — who now leads the Code Council’s Plumbing, Mechanical, Gas (PMG) and Swimming Pool Programs as vice president. Since Fairfax County was trying to develop combination inspectors, Tomberlin helped guide Grace through training in plumbing, which he had started in his previous job, as well as mechanical. And with his own involvement in the codes, Tomberlin drew Grace in as a willing accomplice in making numerous PMG-related code changes through the Virginia Building Code Officials Association (VBCOA) and the Virginia Plumbing and Mechanical Inspectors Association (VPMIA).

For his work in helping refine the PMG codes, Grace earned the Code Council’s PMG Leadership Award, given to an individual or organization for exceptional service to the plumbing, mechanical, fuel gas, and swimming pool and spa industry. The award recognizes contributions in growth and enhancement of PMG codes and standards, advocacy in state and local code adoptions, publication of PMG technical articles or research papers, advancement of PMG knowledge through training and education, extensive ICC committee or council service, development of innovative PMG products and services, or notable advancement of the PMG industry.

Grace said he was shocked when he got the call, and extremely flattered knowing he was the first to be honored in this new category. “There had to be a lot of people in code development who would qualify for the award,” Grace said. “So, this is quite an honor.”

In his nominating letter, Skip Harper, a former president of VPMIA like Grace, said his colleague’s imprint on the codes is indelible. “Richard has an incredible success rate when dealing with code change proposals,” said Harper, who serves on the VPMIA PMG Committee that Grace chairs. “His focus to detail is simply mind boggling. He often jokes that there is not a section in the International Plumbing Code that he has not had a part in changing.”

Grace, who is PMG committee chair for both VBCOA and VPMIA, says that’s probably true. “I like to look at the intent of the codes; not just what it says,” he explained. “In fact, I am putting together a history of PMG codes, going back to the three legacy organizations. I want to see how the codes were written and the thought that was given toward the intent.”

Grace remembers early in his inspector career when he got a call from a contractor whom he failed due to a code interpretation. “The guy said, ‘Well, this is how I see the intent of that code.’ And I thought, ‘My gosh. I’ve been doing this 20 years, and I never saw it that way. But I see how you could.’”

After noodling with the plumbing code for years, Grace recalls a comment from a fellow code changer. “He said, ‘You know, we finally fixed the plumbing code,’” Grace said chuckling. “And it’s probably true. Any changes that come now will be to consider new technology and new materials.”

Noting that his “retirement date isn’t that far down the road,” Grace has been mentoring both in-house at Fairfax County and with the Virginia code organizations, something Harper also stressed in his nominating letter. Grace has a young co-worker at Fairfax County who is co-chair at VPMIA. “I know he will be a thorn in my side during code hearings, and I want him to be,” Grace said. “I want him to make proposals, suggest changes and challenge what we are doing.”

Grace said he learns as much from mentees as they do from him, probably more. “They have some really creative ways of looking at the codes,” the proud mentor said. “Getting younger people involved in the code development process is crucial, not only to getting better, more progressive codes but to help them better understand the intent of the codes.”