Get to know IAS board member Sergio Ascunce 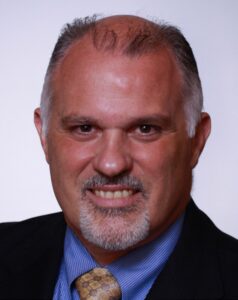 Sergio Ascunce became a member of the International Accreditation Service (IAS) Board of Directors in 2019. He currently lives in Hialeah, Fla., and works as a deputy building official for the Miami-Dade County Building Department. Here are some insights into his career path and his experience as an IAS board member.

Tell us about your path to becoming a building official.

My journey to becoming a building official started in the early 1990’s during a downturn in the economy. I had recently obtained my contractor’s license in Florida and was getting my business up and running. With the uncertainty over where the next check was coming from, I turned to the public sector. In the years leading up to becoming a contractor, I worked with architects and contractors and learned about the permit and inspection process. Becoming an inspector was a natural path for me at the time. I was looking for the stability and benefits offered by the public sector. The local jurisdiction required licensure as an inspector (this was before the state began certifying inspectors). Having a four-year college degree in engineering, vast construction and architecture experience and a contractor’s license, qualified me for the local inspector’s license.

I spent the first eight years as a field inspector strengthening my knowledge of the local codes and learning how to inspect a variety of construction projects. As a young inspector, I was privileged to be mentored by one of the notable building officials in South Florida. I guess my dedication to the profession and willingness to learn was noticed as I was later promoted to chief inspector working alongside the building official in one of the jurisdictions. During the next four years as chief inspector, I got the opportunity to review the department processes and policies to streamline the permit process and created procedures for all categories of staff to follow. During this time, the state of Florida began to certify inspectors and created other categories for plan examiners and building officials. I set a path to additional licenses by passing my plan examiner and building official certifications.

How / when did you become familiar with IAS?

Subsequently, a former member of the IAS Board of Directors called me and offered to recommend my appointment to the board. I was honored by his call and his thinking that I was worthy of such an appointment. I questioned if I had the qualifications to sit on such a notable board, but I was up to the challenge. I knew that from my point of view as a building official with 28 years of experience, I had something to offer. In hindsight, I would have regretted turning down the challenge.

What do you enjoy most about being part of a board of directors?

Additionally, I enjoy getting to know about the intricacies of the IAS business. It’s amazing what I have come to learn in the short tenure as a member. I have found that IAS is not just about building department accreditation but much more. Learning about the various accreditations offered at IAS to meet certain industry standards, it’s mind-boggling how much effort goes into the business.

What is the most challenging aspect of being a board member?

The most challenging part of being part of the board of directors has to be getting up to speed with the business of IAS to make sound decisions. I’m the type of person that wants to know everything quickly and I have learned over time to have patience with myself and slow my anxiety. I’m eased with the fact that I can rely on the competency of staff to answer questions and hear their explanations of the subject at hand. But I’m challenged with making sure that I ask the right questions to offer the best decisions.

Do you have any funny or interesting anecdotes you can share about being an IAS board member?

On my first board of directors meeting at the IAS office, I got to meet the staff members. I learned that I shared a common taste for Cuban coffee with one of them. What I found amusing was that I thought Cuban coffee was something of South Florida’s Latin community. I wouldn’t have guessed that someone on the west coast would use the potent coffee to make “café con leche” or coffee with milk, a Latin style latte. The staff member remarked how difficult it was to get real Cuban coffee at the local groceries, so I mailed him a bag of coffee when I got back home. It was nice to see how certain customs were growing across the country. 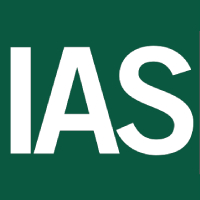