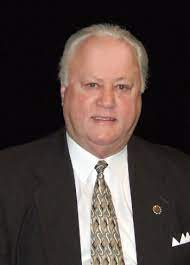 When Ohio Board of Building Standards Chair Gerald O. “Gerry” Holland retired in late 2019, it marked the end of an era for code development in Ohio. Over the course of the 35 years that Holland served on the state’s building code board, code development and enforcement in Ohio made major strides, and friends and colleagues say that much of that progress was directly the result of Holland’s unique leadership style, which emphasized bridging political, philosophical and professional divides to find a mutually agreeable consensus.

“Gerry was welcoming, open and friendly, and just a nice guy,” recalled David Collins, an architectural code consultant who had many opportunities to interact with Holland over the course of his career before joining the board eight years ago. “I think of Jerry as one of the really special people out there in the industry who you can look to for a friendly handshake and a warm welcome, a feeling that you’re being listened to and that your input is valuable, and he’s going to give you a fair shake at every opportunity.”

When Holland was appointed to the BBF in 1984, he was serving as president of the state firefighter’s union. Within six months of joining the board, however, the board’s chair decided to step down and, to Holland’s surprise, the board nominated Holland to succeed him. “Well, I about had a heart attack,” Holland recalled. “Sure, I had been a fire inspector, but the building code — my God, that’s quite a bit different.”

Collins recalls that many building professionals throughout Ohio were just as surprised as Holland. “To be honest, when I first heard that the new chair of the board was going to be a fire official, I thought, ‘Oh, we’ve got troubles ahead,'” Collins said with a chuckle. “But he ended up being exactly the opposite of what I expected.”

During his long tenure, Holland proved to be a friend and supporter of the International Code Council and its Ohio chapters. He often attended and addressed the membership during conferences, and when he saw that the state’s building industry and code officials supported the adoption of internationally standardized codes, he championed their support. “They’re making an inroad to success,” Holland said of the Code Council. “What they’re doing is definitely an improvement for the code people.”

Another thing that Holland championed passionately during his long tenure was professional development. International Code Council Board Director Mike Boso, chief building and zoning official for Grove City, Ohio, was one of Holland’s success stories, rising through the state’s ranks to ultimately chair the Code Council’s Board of Directors. “Gerry was one of the people who inspired me to go to that next level to become an ICC board member,” Boso said. “He recognized that we needed to get involved with the Code Council at that level because he could see what we brought to the table, which was training, certification and education. That was very important to Gerry.”

“He would see people who he believed had potential and he would push you along, give you that extra boost of confidence when you needed it,” Boso added.

Boso said that he believed one of the biggest accomplishments of Holland’s tenure was the establishment of the Ohio Building Code Academy to foster the standardization of code enforcement across the state. “When he started, code officials from all over the state interpreted the code differently,” Boso recalled. “He wanted to make sure it was consistent throughout the state. He did everything he could to give opportunities for people to do the right thing.”

The success of the code academy helped pave the way for the eventual adoption, in 2012, of a new residential building code based on the International Building Code. It took three years of wrangling and debate to develop Ohio’s code, but Holland and his diplomatic skills were essential for making it ultimately happen, said Corey M. Roblee, vice president of Government Relations for the International Code Council. “Gerry made sure that we had the stakeholders in place and brought the people to the table who needed to be there,” Roblee said. “It takes a true leader to be able to bring everybody to the table with opposing opinions and say, ‘We’re going to do something right and we’re going to meet all of your interests. There’s going to have to be some give and take. There’s going to have to be sacrifice on both sides, but at the end of the day, we’re all going to gain something by that.'”

“That has set the standard now for Ohio to update its residential code on a fairly regular basis,” Roblee said. “Because of that, I think that updating our residential code was definitely one of Gerry’s biggest accomplishments.”

Holland’s “reach across the table” style of getting things done earned him such a glowing reputation that successive governors, of both political parties, kept reappointing Holland as chair of the Board of Building Standards rather than treat the position as a political sinecure — a nearly unprecedented accomplishment in a politically fractious state.

“I was non-controversial,” Holland said. “By that, I mean I never in all those years got myself somewhere I shouldn’t be. Not that I was playing it safe, because I wasn’t. They liked what I had done. You can get into trouble if you’re not doing what you should be doing with the builders and the other people that are affected by the board. So I just worked hard and I was politically smart.”

Boso agreed with Holland’s reasons for his longevity. “It was no accident that he was in that position for that long,” Boso said. “Obviously, they could see that he was making a difference and doing a great job. He was a very much a team player, but he was also the chairman of that board and he made sure that his agenda was being taken care of.”

“Jerry has always had an open mind and an open door for anyone,” Roblee said. “And he has never taken a side, he’s never shown any bias. And I think that that’s a true testament to his leadership. I commend him on that, because that’s not necessarily something we see all the time. I’m happy that he’s happy in retirement, but it’s unfortunate that we don’t have him in leadership anymore and I wish we could still have him around!”

Holland said that while he is indeed enjoying retirement after such an eventful career, he does have some advice for his successors. “We deserve to give our inspectors the best service we can,” Holland said. “I’m not into the blue sport jacket with the big medallion and all that; don’t give me that. Give me good service, because those inspectors are out there every day and they catch hell most of the time. It’s a tough job, really, but they’re good people. They deserve the best we can give them.”