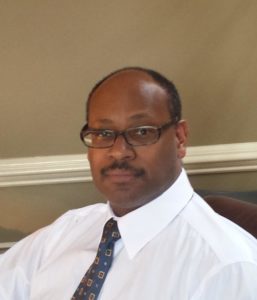 Tim Smith loves his job. He is a government worker in Washington, D.C., in the business of regulations and he loves his job. Maybe there’s something in the water?

Turns out, there is something in the water — or rather, what Smith aims to keep out of the water. As an environmental protection specialist for the Environmental Protection Agency (EPA), he oversees the protection of underground storage tanks (USTs) to prevent petroleum leakage into the groundwater. As a generalist working numerous positions with the EPA for more than 20 years, Smith serves as a main point of contact for situations that include release detection, UST operator training and compliance inspections.

“My initial interest with science began with a four-in-one science kit my mother gave me as a Christmas gift when I was very young,” Smith recalled. “I was seven or eight years old. The kit had a chemistry set with several tubes of relatively harmless compounds, a microscope, a small battery-powered motor, and a small rock collecting set with a booklet on rock classification.”

This little kit had “all that was needed to spark my love of science,” said Smith, a passion that informed his vocational choices throughout his life. A few years later, he became immersed in junior engineering programs offered by his high school.

Smith’s experience in the United States Air Force helped start him on the road that led him to his current role.

“No matter how tiring, every semester I would always take a class or two toward a degree,” said Smith. “The middle years during my time in the Air Force, I was working toward a general liberal arts degree. I have associates degrees in general studies from the University of Maryland and construction management from the Air Force.”

“It was not until my last base that a friend gave me a pamphlet outlining a bachelor’s degree program in environmental science that the light bulb went off and I knew what I wanted to be. All the science facts and wonderment I had ever learned and experienced came together then.”

Towards the end of his military career, he asked to be reassigned to the environmental flight. While not a common request for service members, his command approved the transfer and he was able to work on the National Environmental Policy Act until his separation from the military.

On the importance of UST and the EPA

“It may sound corny, but what I enjoy most about my job is really helping to protect and improve our environment,” Smith confided. “Approximately one-half of the United States’ population relies on groundwater as a source of drinking water, and petroleum product releases from USTs (like gas stations) can be a common cause of ground water contamination. My role helps ensure that the public stays safe – whether it’s a municipal or private water source that’s affected.”

What he does for fun when his work hat is off

“I recently purchased a Can-Am Spyder — a three-wheel motorcycle. Any spare moment I get lately, I can be found dodging insects and an occasional deer. Riding the open road is great.”

Note: Smith worked on the EPA’s grant guidelines to states to implement the operator training provisions of the Energy Policy Act of 2005. He serves on the ICC UST/AST Exam Development Committee and has been involved with the Code Council since 2013. 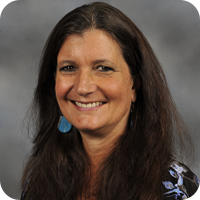 Lizzie Hudson is a program manager for the International Code Council’s Assessment Center working out of the Eastern Regional Office in Birmingham, Ala. Previously, she worked in publications at the Savannah College of Art and Design, and as a licensed clinical social worker in Chicago, Ill. She holds a master’s degree in social work from the University of Chicago.