Mentoring was, and is, crucial for top women in codes

Maybe it was a high school teacher. Or a supervisor, or a strong parent who initially saw the “something there.”

Maybe it was even suffering through a series of local weather disasters.

But six women who have achieved top levels throughout the code industry say mentors were critical to their successes. So much so, they want to do the same now for women, and men, who are keen to find a path to leadership among code officials, something sorely needed now as many of the mentors of the past have retired, or will be soon.

Here are their stories: 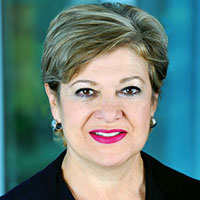 Those who know the force that is Sara Yerkes might find it implausible a prospective employer would get away with asking her how fast she could type.

“After college, I wanted to travel the world as an interpreter. I know four languages. Then, they ask me that. But times were different then.”

Luckily, she met up with leaders who were generous with their mentoring and catapulted her into a successful career in government relations.  “I believe in supporting people with intelligence and skills who have a desire to succeed in their roles and who want to grow in their careers, just like my mentors did for me”.

“I was always very confident. I was fortunate to have a strong mother.” And a strong work ethic, something she tries to get across to her employees, implicitly or otherwise.

“Go beyond what someone expects of you; that’s how I always operated,” said Yerkes, who during her 18 years with ICC has fostered many important programs and initiatives.

“Try to anticipate what’s coming. Bosses who empower employees are creating leaders. It’s up to the employees to learn to be accountable and own their job duties.”

Being flexible is critical, Yerkes added, both for the employer and the employee. Employees wishing to grow in their careers shouldn’t expect their work days will start at 9 a.m. and end at 5, she said. A successful person, in my opinion, is someone who is respected and trusted, by colleagues and others, to do the work well and with integrity from beginning to end.

But Yerkes also realizes today’s business dynamic is different from when she started out. Employers also need to allow their employees to have some solid family time. 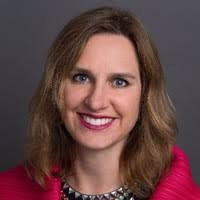 Zakreski, in her post for only several months, said her rise to leadership was bolstered by former employers who were flexible with her schedule while her kids were preschool-aged. But the two women who owned the company – and the male executives who worked with them – realized her value part-time was as good or better than others who were available full time, evidenced by her promotion to the executive team – a move that necessitated her to return to full time work – after five years of working part time.

And when she did go full time, Zakreski said, “Flexibility was essential.  I achieved work-life balance through a recognition that I was essentially always on call for both tasks and would find ways to get work done for my company and my family regardless of where I was physically located. I would always check email at night and I had regular evening conference calls because most of my colleagues were in China, but I always tried to schedule them to start after I put my kids to bed.”

At the time, she was working for Chindex Medical Limited, a full-service distributor of Western medical equipment in China and operator of the United Family Healthcare network of hospitals and clinics in China.

“The company was started by two women; they were amazing mentors,” Zakreski said. “That spirit pervaded the company. I feel like they gave me every opportunity to succeed.

“They were in China, I was in D.C. I felt empowered; never micromanaged. People grow so much better when they feel empowered to do the job. Men or women.”

She suggests mentors focus on their employees’ strengths and help develop them.

“Try to have them solve their own problems. Own their projects.”

And the entrepreneurial spirit fostered years ago helps her at ICC, she added, as well as her degrees in International Studies and Chinese, and in International Commerce and Policy. She also speaks Mandarin Chinese.

“I am here to help ICC expand its international base. It’s an entrepreneurial position in a larger organization.”

Relatively new to the world of codes, Whitney Doll said she only recently has had the opportunity to mentor.

“I’ve had so many excellent mentors throughout my career. I’m glad to finally be able to give some of that good advice back to others,” Doll said. “Talking with others who want to enter or move up in the communications field is really rewarding for me personally in addition to any help it provides my mentees.”

She remembers how valuable conversations were, and sometimes still are, when she talked with supervisors who took the time to listen and point her in the right direction. But mostly listen.

“We would have great talks, then I would get some feedback,” she said. “It was a great help with complicated projects. And I noticed I kept getting more and more of those. They kept taking chances on me.”

Marvelli thought she was getting some great direction while working with the California Department of Water Resources.

But like Doll, her employers were building her chances for growth and success, giving her more and more important duties in the department, something she didn’t realize until she read a letter of recommendation from one of them.

“I thought they were just regular projects,” Marvelli said. “I didn’t see they were actually getting more and more critical.”

Drawn to mechanical and architectural drafting during high school, Marvelli said one especially spirited teacher nudged her toward the fledgling programs in Computer Aided Design.

“He suggested I take classes at another school where he was teaching. He also brought in experts from the field, whom I got to know. My experience and those connections would help me earn the job at DWR, where several supervisors within the architectural group took time to coach and mentor me.”

They encouraged her to earn her certifications, culminating in her becoming a California licensed Architect. “I felt a sense of accomplishment that I had never experienced,” she said. And they also encouraged her to apply for a post at the California Building Standards Commission.

Marvelli takes time now to share what she calls her “non-traditional path to architecture and leadership.”

“There are many reasons or hurdles why students or adults can not pursue a dream,” she said. “However, I believe over time, with a plan, drive, and encouragement anyone can achieve their professional dream.

“I am truly grateful for the many people who have supported me on my path to architecture, but my life may have taken a different turn without the high school teacher who started it all.” 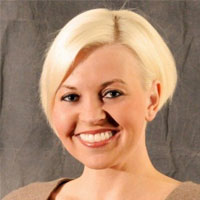 Growing up in Texas, Sadler said she was exposed early and often to dangerous weather events. Later on, one of her first jobs was to help address workforce development issues in the state.

There, she was able to get to know experts in the building industry and saw the value in the construction trades. She also saw the building trades have viable careers for both men and women, but feels they are not being promoted as much as they should to new generations.

“I was told by a mentor that I am the manager of my own career, and in trying to find my career, it is important to work in a field you believe in and are passionate about.

Like Yerkes, Dowty had the benefit of a strong mother who supported her and urged her to make her own decisions.

Already with an aptitude for math and science, Dowty remembers listening to one of her first civil engineering college professors talk about his experience with the San Fernando Earthquake.

“I was hooked,” said Dowty, who not long after joined the International Conference of Building Officials, one of ICC’s legacy organizations.

“I was the first female engineer at ICBO,” she said. “That’s how they introduced me. I was 23. I felt uncomfortable being introduced that way.  Now I’m proud of it.”

Moving on to a top-level post with S. K. Ghosh Associates Inc, specialists in Seismic & Building Code Consulting, Dowty said the company’s namesake turned out to be one of her best mentors.

“But everyone has different skill sets and strengths. Good mentors find a way to work on and develop those strengths. Don’t judge. Empower.

“And be available to listen. Even though that’s not always easy.”

Dowty inevitably will be approached by a new person in the code world who wonders how she managed to balance a valuable career with family obligations, something men are beginning to have to deal with as well.

“I tell them to have a plan,” she said. “Review it frequently; then, maybe after five and 10 years, see where you are. It’s OK to change some things, but have a plan.”

Every now and then, she said, she will hear those words every mentor longs to hear; ones that help make 34 years in the business all worth it:

“You really helped me.”