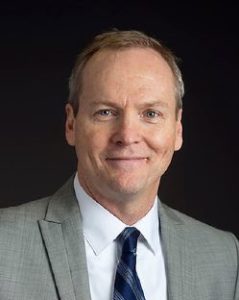 A few months after Rick Chandler accepted an appointment as New York City Department of Buildings Commissioner, he told approximately 200 attendees of the first New York City Design Professionals Day that the health and safety of the citizens of New York City rests in their hands.

Chandler said he wants to make that clear so that building safety can start from the time developers get ideas for projects in their heads to when the doors open and beyond. And since his department oversees the safety of some one million structures in New York City, Chandler knows he needs a lot of partnerships to help him.

With all this growth, Chandler stresses building safety starts with strong codes, and he welcomes a partnership with the International Code Council as the foundation for the city’s codes.

A licensed professional engineer, Chandler, 54, said the ICC’s suite of codes are sufficiently flexible to allow myriad city officials and those in associated businesses to frame a strong set of building regulations based on the ICC codes.

“A very large group collaborated on those changes,” Chandler said. The dialogue and input from hundreds of stakeholders in the process resulted in tremendous buy-in for building safety from many sectors.

“It’s great to have such a strong partnership as we do in New York City,” Harris said. “And Rick Chandler has been a big part of that.”

Chandler said the services ICC offers makes his job easier, knowing professionals are vetting the best and brightest for the city, especially in specialized jobs.

“We have a joint mission,” he said of the ICC. And that mission is safe construction. Chandler said they didn’t wait for Building Safety Month in May to bring that home. He noted the city’s 2015 “Build Safe / Live Safe” conference April 27 was a great success, attracting more than 300 attendees. Chandler said he would like to offer more of those events so that contractors, architects, designers and builders can get on the same page for building safety.

He even planned to visit various work sites throughout the city to distribute safety material to workers. Chandler said he can see the fruits of their labor paying off in better plans being offered by developers, as well as in better construction.

“And it’s only going to get better,” he said.

Chandler said it was a long road that led from his boyhood roots in Omaha, Neb., to New York City. His father’s work as a finished carpenter/homebuilder may have sparked an interest that steered him toward a Computer Science and Engineering degree from the University of Nebraska and a Master’s of Science in Civil Engineering from Columbia University.

A call for workers from New York, just like the ones he has been issuing since he took over as commissioner in July, led him to the Big Apple.

Ultimately, he would serve as Borough Commissioner at the Department of Buildings for Queens, Brooklyn and the Bronx, where he was responsible for managing teams of architects, engineers and inspectors in reviewing construction plans for code compliance, as well as directing inspections for regulatory compliance and sign-off. During that time, he also served on the World Trade Center Building Code Task Force.

Chandler then moved to the education realm as Assistant Vice President of Facilities at CUNY Hunter College. He became part of a taskforce that worked to incorporate sustainability and then to Hunter’s individualized comprehensive Campus Sustainability Plans.

When he’s not running New York City’s building department, Chandler, the father of two college-aged daughters, is running in Central Park, training for his next marathon. As with those races, he knows he can count on the support of others to help him reach his goals of making sure New York City’s buildings are safe from the ground up.

“It’s a tremendous amount of work,” Chandler said. “But I am very fortunate to have support from inside my department, as well as from the industry, including the ICC. We’re all part of a strong foundation.”