When he could think straight again after getting the call that he would be honored with the International Code Council’s highest honor at its (virtual) annual meeting, Sam Francis went back to see the description of the Bobby J. Fowler Award:

Named in honor of the first chairman of the International Code Council Board of Directors and a visionary for the consolidation of the model code industry, this award is presented to an individual whose contributions to the building safety industry advance the Code Council’s goals of achieving a safer environment. Particular emphasis is placed on the recipient’s holistic view in achieving the stated goal and his or her focus be-yond local and regional concerns to issues and activities that span the globe. The individual will have been or is currently a leader in the industry and has a legacy of service with integrity, professionalism and compassion in furthering building safety. 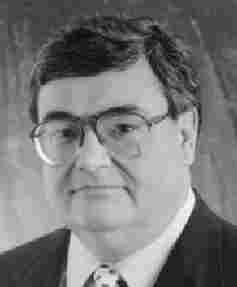 Francis — who retired in early 2019 after a long career in construction, codes and finally as an advocate for the American Wood Council — said he was particularly struck by one word. “Compassion. I never thought of what I did in those terms. But building safety isn’t about being punitive; it’s focusing on the general standards for safety. I am flattered the Code Council Board of Directors and my friends and colleagues saw me in that light.”

Now, Francis said that part of that word — passion — is what he’s all about. “I never understood how some people in the industry just took for granted what the codes said. I wanted to know how the sausage was made. I wanted to know the science of it all.”

After graduating from Earlham College in Richmond, Indiana, Francis began his career as a building contractor. In December of 1977, he transitioned to mechanical inspections and plan review for the city of Dayton, Ohio, where he was born. Francis went on to complete his master’s degree in environmental science at Miami University in Ohio. He became the chief mechanical inspector for the city in 1982 and then chief building inspector in 1989, assuming the supervision of inspectors and plans examiners. He held various state of Ohio certifications, including building official, plans examiner and building inspector. In addition, he was a Council of American Building Officials (CABO) Certified Building Official and served on the Ohio Construction Industry Certification Board and the National Certification Program for Construction Code Inspectors Test Preparation Committee. He was also a devoted and active member of the Southwest Ohio Building Officials (SWOBOA) and Ohio Building Officials Associations (OBOA), and the Building Officials and Code Administrators International (BOCA).

“He was a leader among Ohio code officials and an enthusiastic supporter of BOCA’s code development process,” said Tim Ryan, chief executive officer, International Association of Building Officials, in his letter nominating Francis for the Bobby J. Fowler Award.

During the late 1990s, using the opportunities afforded by his employment at the American Wood Council, Francis exemplified Bob Fowler’s enthusiasm for a single national model code, contributing to the work of numerous drafting committees for the first International Building Code (IBC) and the other International Codes (I-Codes). He was active in nearly all the early IBC and International Residential Code (IRC) drafting committees, serving primarily on the Occupancy Subcommittee of the IBC Drafting Committee.

In the years following the publication of the first editions of the I-Codes, Francis’ contributions to the Code Council’s ongoing code development in the areas of building, fire, green and energy codes were substantial, Ryan noted. He was a member of the Sustainable Building Technology Committee, which functioned as the drafting committee for the first International Green Construction Code.

Francis was appointed to represent the United States on the technical committees of the International Standards Organization (ISO) in the areas of fire protection features and sustainable construction standards. He served for several years on the IBC Fire Safety and International Fire Code (IFC) Code Development Committees.

His years of code experience in the areas of fire and sustainability positioned him to serve on the ICC Ad Hoc Committee on Tall Wood Buildings, where he was a unifying and hard-working vice-chair of the Codes Work Group, where his commitment to code excellence was integral to the success of tall wood building and the unprecedented endorsement of new mass timber construction types in the IBC by the Code Council membership.

Francis said he got a chance to meet Fowler at some of these hearings. Thinking back on Fowler’s powerful presence, he’s especially flattered with the award. “I also looked back at the names of the former honorees, most of whom were friends of mine; several were mentors. I just never saw myself in the same category as them.”

Ryan did, and that’s what he told the awards committee. “Sam Francis stands atop the shortlist of individuals that have committed their entire career to developing the world’s premier building and fire codes. Sam’s unique combination of practical knowledge, humor and respect for others provided unmatched leadership in the codes arena and extended across industries and jurisdictions. He will be remembered for his constant presence at code change hearings, his wisdom and his kindness, particularly to those that are new to the code development process. His life-long personal commitment to building safety, to the codes and to those in the code development community is felt by all who know him. Yet his committee work was only part of his overall importance in the code development arena. He was an eloquent and well-liked presence at the microphone for many years at the semi-annual ICC code development hearings, known for his salient and technically focused testimony, delivered with humor and respect for all participants, and the code itself.”

In his nominating letter, David S. Collins, FAIA, NCARB, said it seemed he has known Francis forever, or at least 30 years, and considers him a great friend and true supporter of the Codes. “Participating with Sam at the local, state and national level exhibited the best of his character or characters as the case may be. Bob Fowler was a dear friend of mine, and I know he would be smiling down knowing that Sam is receiving this very high honor. Sam is an exceptional person, an exceptional leader and an exceptional part of what ICC has become.”