In late October 2018, Super Typhoon Yutu, a Category 5 storm, made a direct hit on the islands of Saipan and Tinian, hammering them with 190 mph (305 km/h) winds for up to 16 hours as the eye of the storm passed over Tinian and southern Saipan. A trail of destruction was left behind before the typhoon started heading west into the Philippine Sea.

The islands of Saipan and Tinian, along with Rota, make up the inhabited islands of the Commonwealth of the Northern Mariana Islands (CNMI), an insular territory of the United States with only 55,000 residents located at the furthest reaches of the of the Pacific. The Mariana Island chain are tiny specks of land that form the border between the Pacific Ocean and the Philippine Sea. The islands also sit on the Ring of Fire and is the product of the Mariana Trench, a tectonic subduction zone where the Pacific Plate is moving under the Philippine Plate with the potential of creating massive earthquakes and tsunamis. The Mariana Islands are also located in the middle of a major typhoon corridor. In the past four years, two other Category 5 typhoons, Soudelor (2015) and Mangkhut (2018), hit the islands. Here, typhoon season seems year-round.

I’m here with the Federal Emergency Management Agency (FEMA). My normal role with FEMA during non-disaster time is working with the potential of an earthquake, tsunami or volcano disaster and related building and infrastructure damage anywhere in FEMA’s Region 9, which covers the states of Arizona, California, Hawaii, Nevada, and the Pacific territories of Guam, CNMI and American Samoa. But when disaster strikes in my region, I work in any capacity I can to help the response and recovery. With a background in structural engineering and the design and construction of buildings, I’ve been focused on working with the local CNMI government on setting up critical facilities, permanent housing repairs and new construction of permanent housing. The latter two programs are very unusual for FEMA since the agency normally focuses on people getting through the disaster with food and shelter, but not rebuilding homes.

The record-breaking winds (the highest ever recorded on U.S. soil) devastated Tinian and the southern third of Saipan. I estimated that about 80 percent of the housing and buildings were heavily damaged in these areas. As I drove from Saipan’s airport to FEMA’s joint field office, downed power lines, fallen power poles, trees, roof metal sheeting and other debris littered the roads. The island’s power grid was completely dark. The island itself had a brown tinge to it from every single plant and tree being stripped of its leaves.

At Hopwood Middle School, the scene was also grim. The entire school was scattered in pieces all over the field. All of the roofs were gone with about less than 10 percent remaining. Concrete-covered walkways were ripped out of the ground and strewn about with twisted rebar and broken-up concrete. The students will get a new temporary school, but it will not be on the existing site. The school is adjacent to the long beach where American troops landed during the Battle of Saipan in World War II. Thousands were killed on the beach and accidently unearthing human remains is a challenging and very high possibility, which is best avoided all together.

Many buildings on Saipan and Tinian don’t comply to the current building code, even at the time of construction.  There is an effort toward enforcement now, but this is recent.

Currently, the focus has been on developing permanent housing designs that can be constructed by FEMA for qualified survivors who lost their homes.

These permanent houses will be constructed in batches over the course of the following year and a half and will be built to the 2012 International Building Code, which is currently under the final stages of adoption by the governor. This permanent housing program is funded by FEMA and will be at no cost to the survivors. The main driver behind the permanent housing program is the large expense and difficulty of rebuilding properly on extremely remote islands for individual families. This also helps the ultimate goal of reducing the repeating of damage to homes because they are consistently rebuilt informally. My role in the program is to ensure the designs are resilient, culturally acceptable and easily constructible. Design and construction need to be resilient not only to typhoons but also earthquakes and the highly corrosive environment of a small tropical island. Construction will start in June and can consist of up to 400 homes.

Back at Hopwood Middle School, students and teachers just celebrated in February the opening of their new temporary school. Logistics planning, vendor sourcing, airlifting of materials from the U.S. mainland, and site preparation all started in November. This week, kids are finally able to return to school and start to get their lives back to normal. 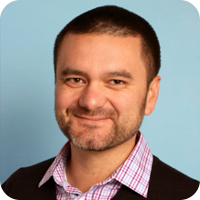 Forrest Lanning, CPEng, P.E., has more than 17 years of experience focused on reducing earthquake risk around the world and in the U.S. By utilizing both his structural engineering and earthquake disaster-recovery experience, Lanning provides a highly needed, well-rounded expertise in working with governments, both foreign and domestic, on reducing their risk to an earthquake disaster. Lanning previously worked for the United Nations, The World Bank, the U.S. Agency for International Development, for-profit engineering companies, and not-for-profit organizations in Afghanistan, Colombia, Costa Rica, Indonesia, Kyrgyzstan, Nepal, New Zealand and the United States. He is a technical expert in seismically assessing and retrofitting buildings in both the developed and developing world while acknowledging and conforming to local construction methods, labor capabilities and available materials. Lanning is a New Zealand Chartered Structural and Seismic Engineer (CPEng), a California licensed Professional Engineer (P.E.) and is currently serving at the U.S. Federal Emergency Management Agency (FEMA) as an earthquake response liaison and technical adviser for FEMA’s Region 9 (states of Arizona, California, Hawaii, Nevada, and the U.S. Territories of American Samoa, Guam, and the Northern Mariana Islands). He was selected as a Housner Fellow with the Earthquake Engineering Research Institute in 2014 for his dedication and leadership on reducing disaster risk internationally.