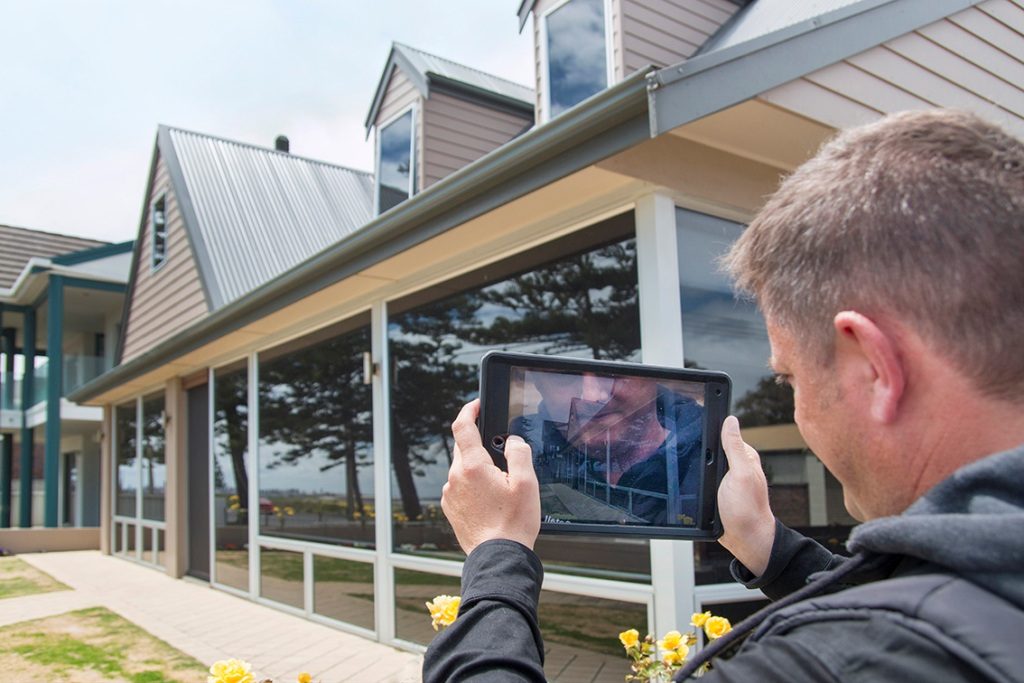 Miami County Chief Building Official Rob England had no idea that a plan he adopted in April 2019 — to make building inspections easier for five western Ohio counties spread over 2,200 square miles — would take the social distancing necessary during the COVID-19 pandemic to greater, and safer, lengths. “I was just trying to figure out how to cover building inspections for such a massive area with a skeleton crew,” said England. “If a builder needs an emergency inspection, it can take an hour and a half, one way, to get there.”

England created a plan to use iPads and iPhones for remote inspections such as for concrete slabs, light pole bases, foundation walls, insulation, ice guards, re-inspections for specific items and above ceiling inspections. “You can’t do them for foundation work where you need to feel the soil, and for electrical work,” England said. “Otherwise, contractors can call us, request a virtual inspection, and either through phone or Skype, they walk us around the project.”

First, they ask to see the builder’s plans, and then see how they match up. Since the Miami County Building Department in Ohio already does everything digitally, England said, they can approve an inspection immediately. According to England, the contractors really like it and it allows his inspectors to use their time for inspections rather than travel.

When the COVID-19 virus hit, England and other Miami County officials — like many throughout the nation — clamped down on services that would put people in danger of contracting the virus. The department has suspended all non-essential residential mechanical inspections until they get a handle on the situation. “We will not do personal inspections in occupied buildings,” England said. “And if we do an inspection on an unoccupied building or new construction, there can be no one else on the site.”

England thought they could expand what they now call the Virtual Inspection Program to address concerns during the pandemic shutdowns. “We will be able to do 75 percent of inspections using our Virtual Inspection Program. After he heard about what we were doing, a building official from another county asked us how we do it. All we needed to do was buy a few iPads and iPhones.”

England said his inspectors still have a supply of gloves and sanitizers and follow all protocols established by the Centers for Disease Control and Prevention, just as they did during the H1N1 outbreak in 2009. “That outbreak was nothing like this,” said England, who since has learned California and Colorado do some inspections virtually also. “I didn’t realize that. I was just trying to make things easier. Now we have a way to make this safer, too.”